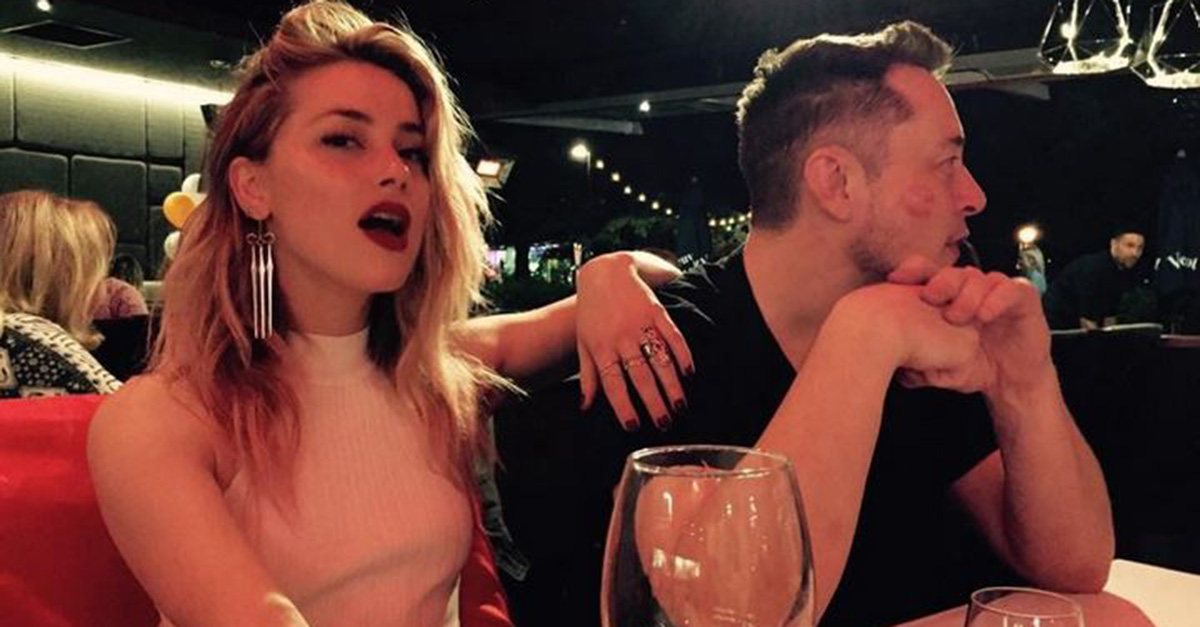 According to the Daily Mail, the actress, who has reportedly been dating Musk for nearly a year, confirmed their relationship with a “cheeky” snap during an intimate date night.

Over the weekend, Heard took to Instagram to share a photo of herself wearing bright red lipstick and Musk sitting next to her, her lip print on his cheek.

Musk shared a similar photo from the evening and tagged pals James Wan and Rob Cowan.

RELATED: Duchess Catherine was not amused when a London Marathon runner sprayed her and Prince William with water

Musk, a hugely successful entrepreneur and inventor, is said to be worth $14.9 billion.

Heard was married to actor Johnny Depp in 2014 but the two divorced 15 months later. Heard was granted a restraining order from Depp after she alleged he threw a phone at her during an argument. She later filed to dismiss the domestic abuse claims and was granted $7 million in the divorce settlement. She reportedly donated the money to charity.

Musk and Heard sparked romance rumors last summer when they were spotted on several occasions in London and Miami.

According to TMZ, they took in a little ziplining together over the weekend on in the Currumbin Wildlife Sanctuary on the Gold Coast.