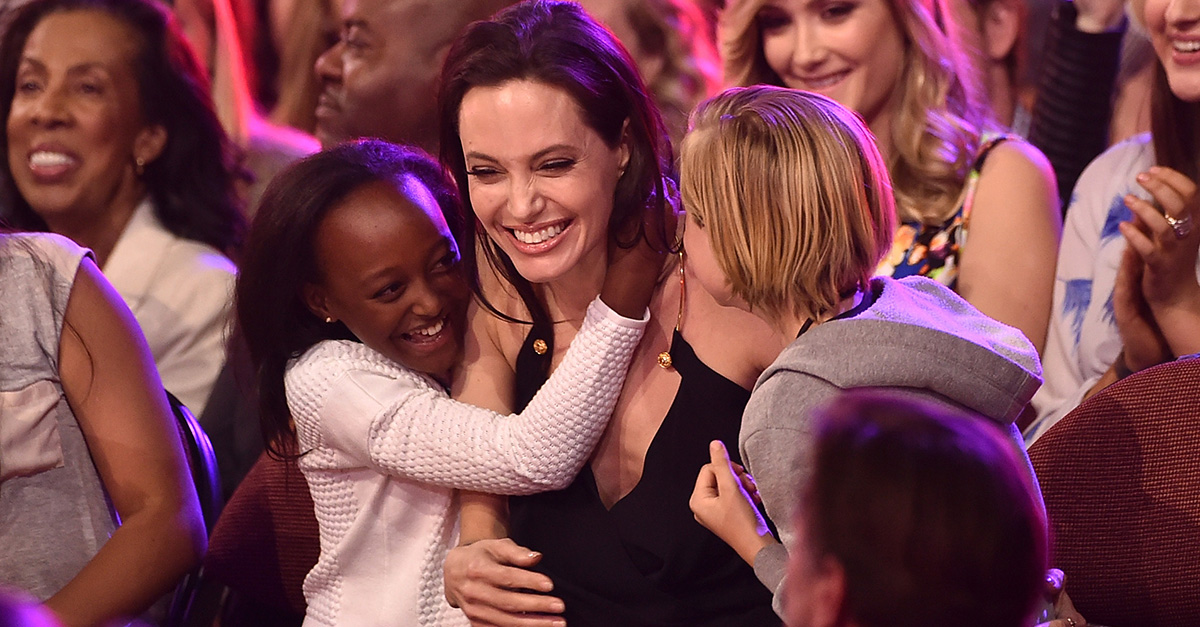 Actress Angelina Jolie and her children ? Maddox, 15, Pax, 13, Zahara, 11, Shiloh, 10, and twins Knox and Vivienne, 8 ? made an appearance at the premiere of her Cambodian film “First They Killed My Father.” Her sons Maddox, who was born in Cambodia, and Pax were both involved in the production of the movie.

While speaking at the event, Jolie reflected on the connection she has to the country, saying:

I cannot find words to express what it means to me that I was entrusted with telling part of the story of this country. This film was not made to focus on the horrors of the past, but to celebrate the resilience, kindness and talent of the Cambodian people. Most of all, this film is my way of saying thank you to Cambodia. Without Cambodia I may never have become a mother.  Part of my heart is and will always be in this country. And part of this country is always with me: Maddox.

Maddox then the stage to address the audience.

?Thank you everyone for attending tonight. We finally made it,” he said. “It?s a great honor to present this film to all of you, and to stand by my mother and my family. And now I?d like to introduce my little sister Shiloh, as she has something to say.?

When Shiloh stood before the microphone, she said, ?My name is Shiloh and I love Cambodia.”

Earlier in the day, Jolie attended a press event for the film, during which she called Cambodia her “second home,” adding that Maddox is “happy to be back in his country.”

Based on the autobiography by Cambodian human-rights activist Loung Ung, a friend of Jolie?s, and tells the true story of the devastation inflicted on Cambodia by the Khmer Rouge communist party in the 1970s.

RELATED: The biological mother of Angelina Jolie and Brad Pitt?s daughter Zahara has made an emotional plea for their reunion