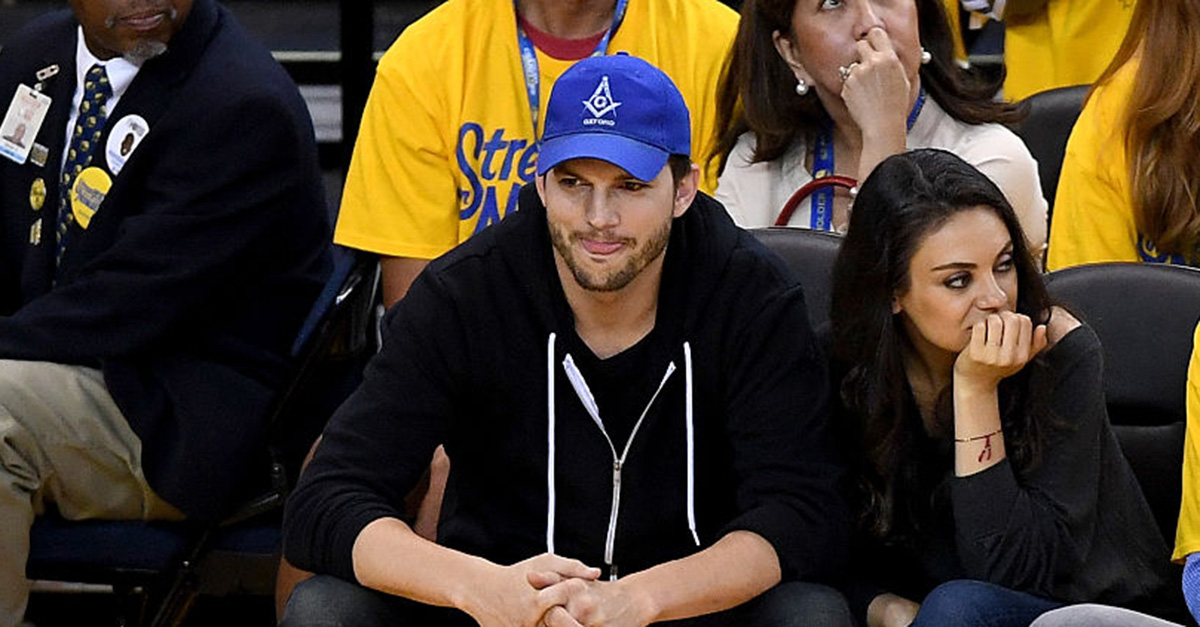 Photo by Thearon W. Henderson/Getty Images
OAKLAND, CA - JUNE 05: (L-R) Actors Ashton Kutcher and Mila Kunis attend Game 2 of the 2016 NBA Finals between the Golden State Warriors and the Cleveland Cavaliers at ORACLE Arena on June 5, 2016 in Oakland, California. NOTE TO USER: User expressly acknowledges and agrees that, by downloading and or using this photograph, User is consenting to the terms and conditions of the Getty Images License Agreement. (Photo by Thearon W. Henderson/Getty Images)

Ashton Kutcher is maintaining his innocence.

He tweeted in response to photos that surfaced of him boarding a private plan with a woman who was not his wife, Mila Kunis.

“You should have heard how upset Mila was that I spent the day with our cousin,”  Kutcher wrote. “Sorry aunt Jodie these magazines lack integrity.”

You should have heard how upset Mila was that I spent the day with our cousin. Sorry aunt Jodie these magazines lack integrity. pic.twitter.com/tvKdGoqRnx

RELATED: Simone Biles had the perfect comeback when a hater accused her of being a bad role model

According to PEOPLE, this isn’t the first time Kutcher has had to dodge rumors about his character.

“I’m also probably the first person to get this award for character who had, like, his name splashed across every gossip magazine as an adulterer like five years ago,” he said in April while accepting the Robert D. Ray Pillar of Character Award. “Character comes when those magazines tear you apart for something you may or may not have done and you gotta go out and perform tomorrow — with everyone looking at you like you might be an adulterer.”

Kunis and Kutcher wed in 2015 and have two children together, Wyatt, 2, and Dimitri, 7 months.