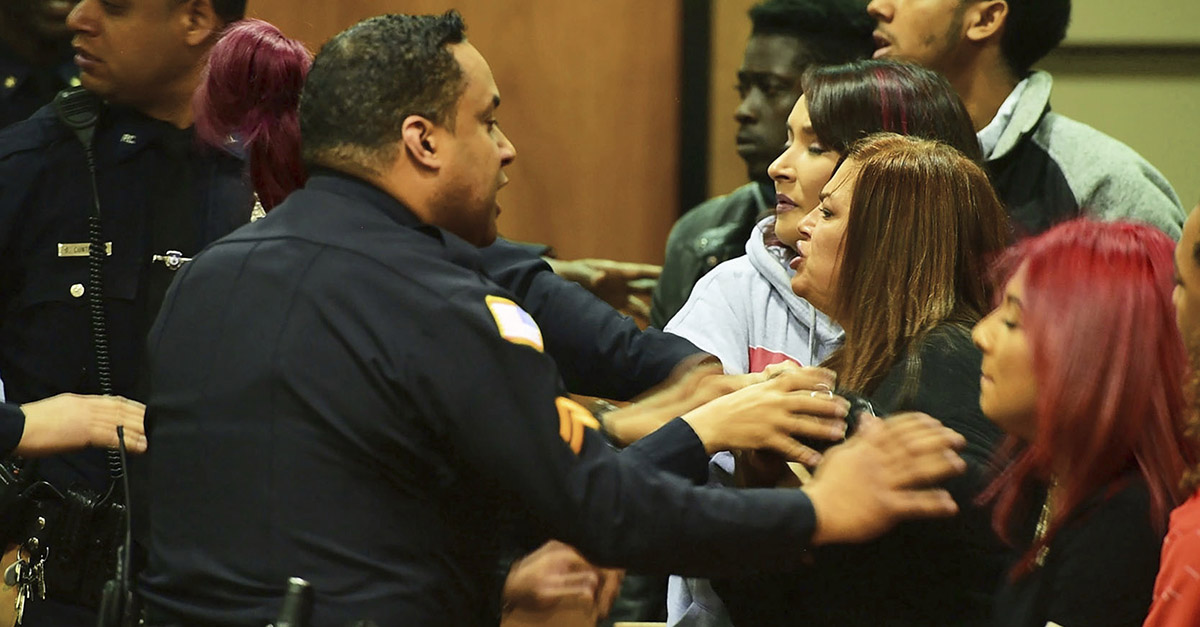 Things got tense in a New Jersey courtroom after a brawl erupted during the hearing in a double murder trial involving “Real Housewives of New Jersey” star Kim DePaola.

According to PEOPLE, Clarence Williams and Gerry Thomas were denied bail in the alleged murders of Aaron Anderson and Antonio Vega Jr. As the men were being escorted out of the courtroom, a fight erupted between Anderson’s mother and a female relative of one of the suspects.

Obscenities were yelled from both families, according to the New York Daily News, and a relative of Thomas allegedly tried to throw a cellphone as the yelling occurred. Someone also threw a shoe during the altercation.

RELATED: Antonio Banderas stunned fans with this shocking confession about his health

The attorney for Thomas has reportedly asked that the names of those involved in the fight be excluded from future proceedings.

The suspects were arrested last week after the bodies of the victims were discovered in a burned Audi owned by DePaola. The men faces charges for murder, conspiracy to commit murder, robbery, arson and possession of a firearm.

Before the arrests were made, DePaola posted a heart-wrenching note to the families of the victims.

“Our deepest condolences go out to the victims’ families of this truly horrific tragedy,” she wrote.