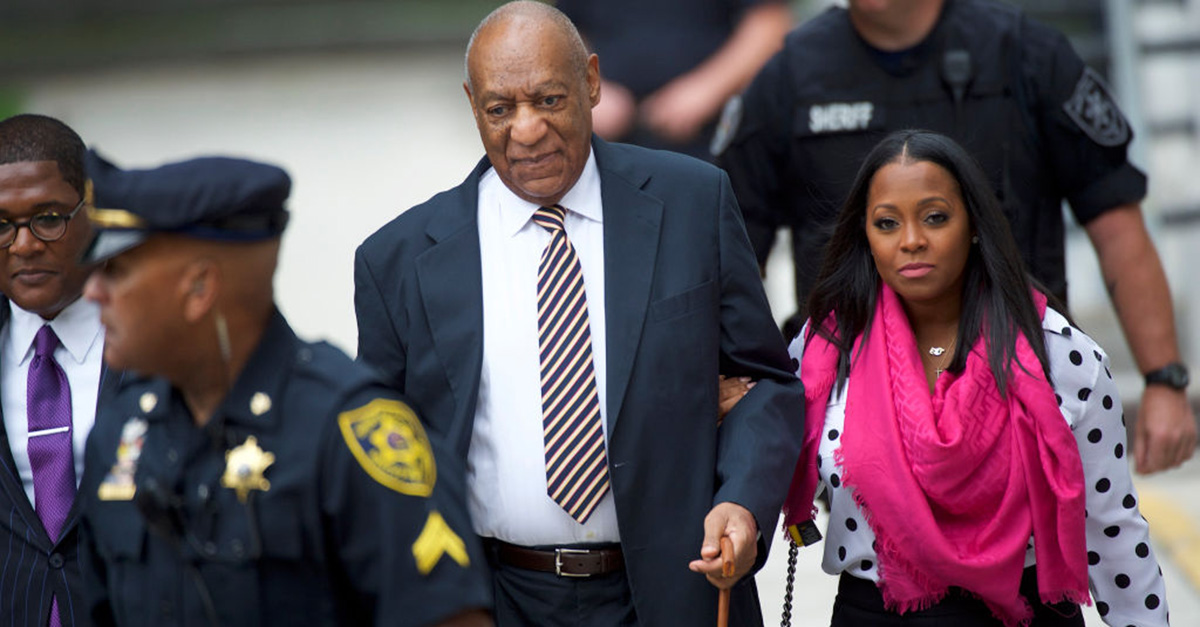 Photo by Mark Makela/Getty Images
NORRISTOWN, PA - JUNE 5: Bill Cosby arrives with actress Keshia Knight Pulliam at the Montgomery County Courthouse before the opening of the sexual assault trial June 5, 2017 in Norristown, Pennsylvania. A former Temple University employee alleges that the entertainer drugged and molested her in 2004 at his home in suburban Philadelphia. More than 40 women have accused the 79 year old entertainer of sexual assault. (Photo by Mark Makela/Getty Images)

According to Page Six, the former “Cosby Show” actress said that she stood by Cosby’s side on his first day of the sexual assault trial in a Norristown, Pa., courtroom because ?ultimately, it?s about standing by your truth.?

“I want to be the person that I would like to have if the tables were turned,? said Knight Pulliam after court adjured for the day. ?Right now it?s the jury?s job and the jury?s decision to determine guilt or innocence. It?s not mine or anyone else?s.?

RELATED: Zach and Tori Roloff had a hard time adjusting to their roles as ?Mom and Dad? before welcoming Jackson

Knight Pulliam has not yet said publicly whether she believes Cosby is guilty of drugging and molesting former Temple University employee Andrea Constand in 2004.

?I don?t condone sexual assault in any way, shape or form, but at the end of the day, our court system is set up [?] you?re innocent until proven guilty,? she said. ?The job now is for the two sides to prove their cases, and I accept whatever verdict is handed down.?

Following day 1 of the trial, Cosby tweeted his thanks to Knight Pulliam.

“Thank you to Cliff and Claire’s 4 year old daughter (Rudy) and the Brilliant Spelman Alumnus #TheCosbyShow #KeshiaKnightPulliam,” he wrote.