Days after drunkenly assaulting a cop, RHONY’s Luann de Lesseps is getting help 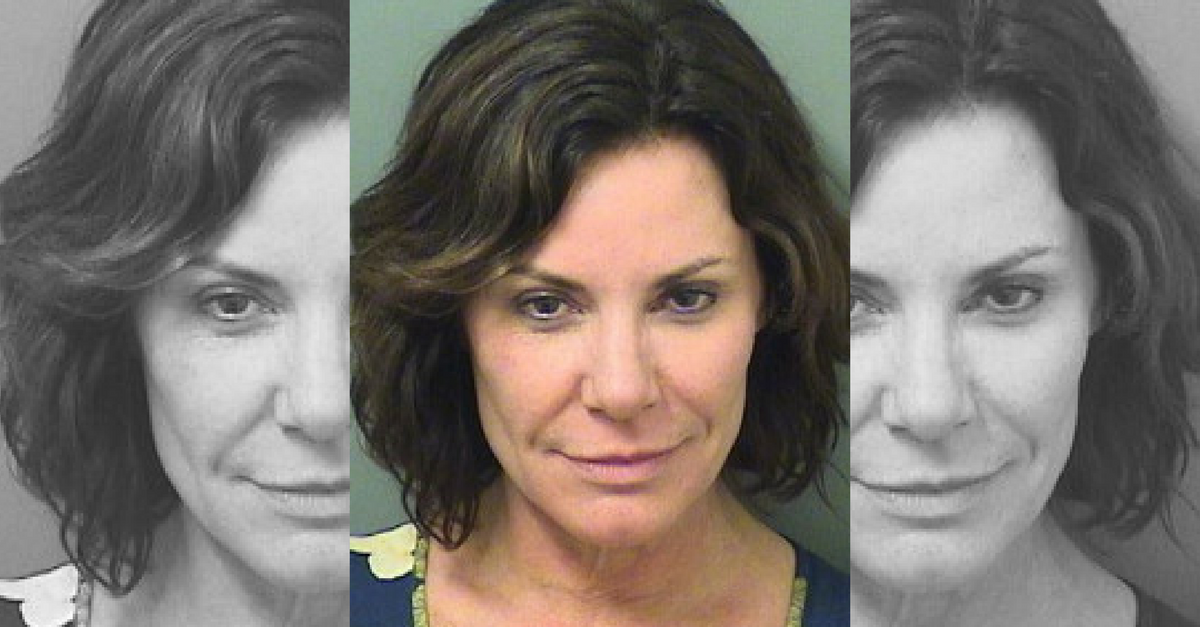 The 52-year-old reality star told PEOPLE that she will be checking herself into rehab, after being arrested for a drunken altercation with Palm Beach cops.

She gave the publication a statement about her treatment saying,

After the events of last Saturday night in Palm Beach, I am truly embarrassed. I have decided to seek professional guidance and will be voluntarily checking into an alcohol treatment center. I intend to turn this unfortunate incident into a positive life changing event. Once again, I sincerely apologize for my actions. I have the greatest respect for police officers and the job they do.  My actions alleged in the police report do not reflect my core values and my law abiding character. I am so grateful for the love and support that I am receiving from my family, friends and loyal supporters.

De Lesseps was arrested in the early hours of Christmas Eve after allegedly drunkenly wandering into the wrong hotel with friend, Julie Olson. After security failed the get the star to leave the hotel room, police were called and she reportedly slammed a door, locked herself in a bathroom and hitting and kicking an officer while issuing the threat “I’m going to kill you all” to officers. “The Countess” was arrested on charges of battery on an officer, disorderly intoxication, resisting arrest with violence and crimes against a person.

?I want to offer my sincere apologies to anyone I might have offended with my behavior. This was my first time in Palm Beach since my wedding, and being here brought up long-buried emotions,? she tweeted afterwards. “I am committed a to transformative and hopeful 2018.?

I want to offer my most sincere apologies to anyone that I might have offended with my behavior. This was my first time in Palm Beach since my wedding and being here brought up buried emotions. I am committed to a transformative and hopeful 2018

The reality personality split from her husband Tom D’Agostino a mere seven months after their New Year’s Eve wedding. Page Six reported that while his ex was managing the aftermath of her embarrassing drunken rampage, D’Agostino was planning an “unwedding” party to celebrate the end of his short lived marriage and his 51st birthday in Palm Beach. According to an E! News source, however, the event is solely to ring in his birthday.