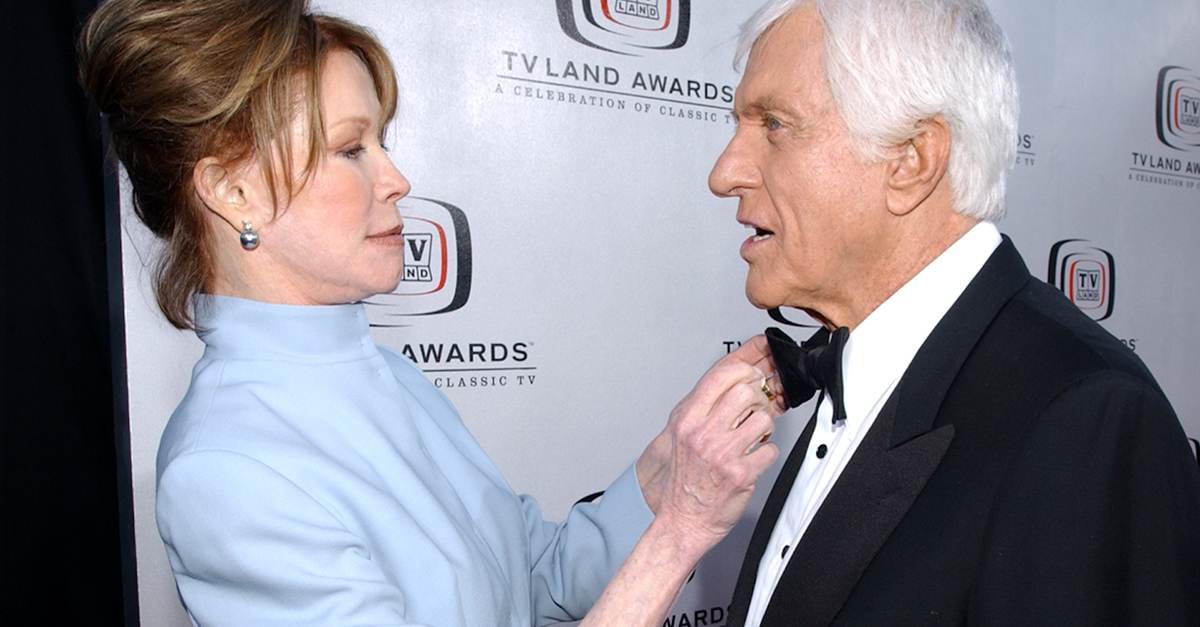 Moore starred alongside Van Dyke in a television program that carried his name. “The Dick Van Dyke Show” was a huge hit and paved the way for “The Mary Tyler Moore Show.”

“I don?t know what made her comic timing so great. On Dick Van Dyke, we had Morey Amsterdam and Rose Marie, both of whom were old hams and had razor-sharp timing, and mine wasn?t bad either,” Van Dyke explains. “But Mary just picked it up so fast. She had us all laughing after a couple of episodes. She just grabbed onto the character and literally turned us into an improv group, it was so well-oiled. That show was the best five years of my life.”

Within the piece, Van Dyke goes into detail about how Moore’s struggle with diabetes caused their time together to become more infrequent over the years. Van Dyke writes of the Screen Actors Guild Award he gave Moore in 2012, which was a moment he will never forget.

“Outside of her family, I don?t think there was anyone more proud of her than I was,” Van Dyke writes. “Just to watch her grow was such a thrill for me. She left an imprint on television comedy.”

Earlier in the day, Van Dyke mourned the loss of his friend on Twitter.

There are no words. She was THE BEST!
We always said that we changed each other's lives for the better. I watched… https://t.co/lBbVL7QJ2b

“There are no words. She was THE BEST! We always said that we changed each other’s lives for the better,” Van Dyke wrote.