Ryan Seacrest canceled a scheduled appearance on “Good Morning America” after his “Live!” co-host Kelly Ripa allegedly demanded he do so, according to reports — and it has everyone thinking back to her infamous feud with Michael Strahan.

“Ryan was scheduled to be on Wednesday’s show well in advance,” a source told Page Six. “He’s been on the show rundown for a week. Then yesterday, or maybe even as late as last night, Kelly threw a s**t fit and told him he couldn’t do ‘GMA,’ so he pulled his appearance.”

Seacrest was reportedly supposed to appear on the program to promote the renewed season of “American Idol” with judges Lionel Richie, Katy Perry and Luke Bryan. However, he pulled out of the appearance at the last minute after Ripa, who famously took a week off work when former “Live!” co-host Strahan quit to move on to “Good Morning America,” ordered him to.

“It’s very clear that Ryan wants to stay on her good side. She’s an executive producer on the show, so she has a lot of pull. It’s fair to say she has a lot of influence over him. He joined her show. It sounds like she still feels threatened,” the source said. “There’s still bad blood with Kelly and Strahan, and she doesn’t want history to repeat itself and Ryan to be lured to ‘GMA’ too.”

Seacrest’s representative denied the rumors, insisting the TV personality’s abrupt cancellation was due to scheduling issues:

Ryan had wanted to appear on ‘GMA’ with the new ‘Idol’ judges … but with the constant shifting of various schedules, we determined yesterday, along with ‘GMA,’ as well as ABC/Freemantle producers and publicity teams, that his schedule was too tight given his morning commitments with ‘Live’ and his radio show, along with ‘Idol’ production commitments … To suggest any other reason for him not participating is completely false or a misunderstanding of the facts. 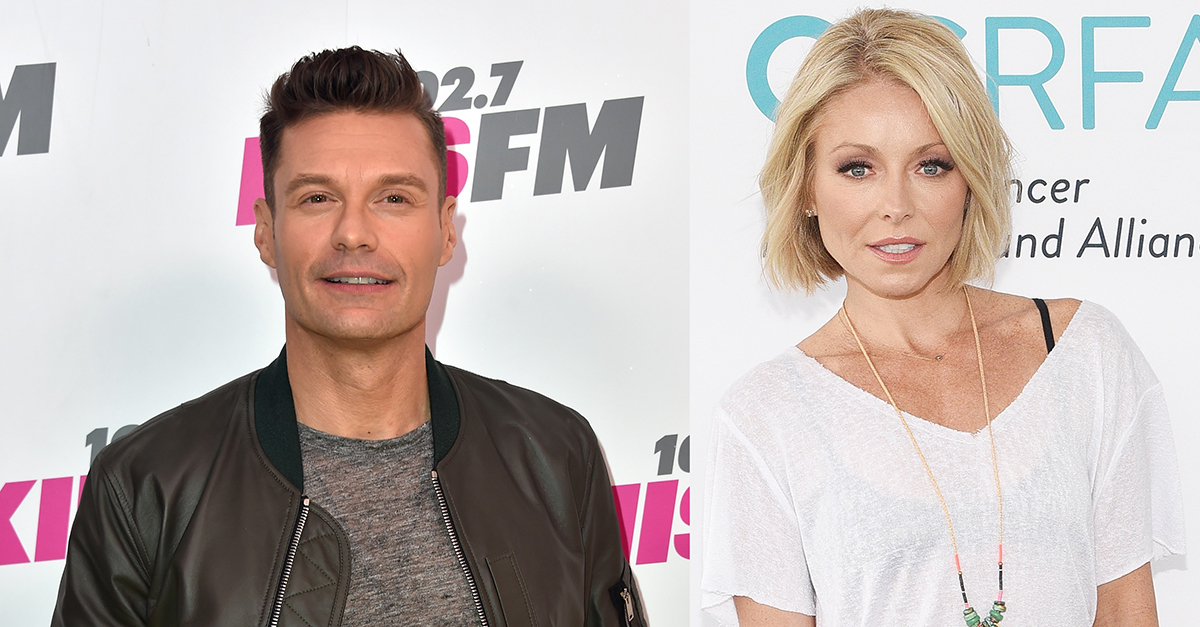