Drew Carey’s 11-year-old son is in big trouble for getting people to chant “screw our president” at a D.C. protest 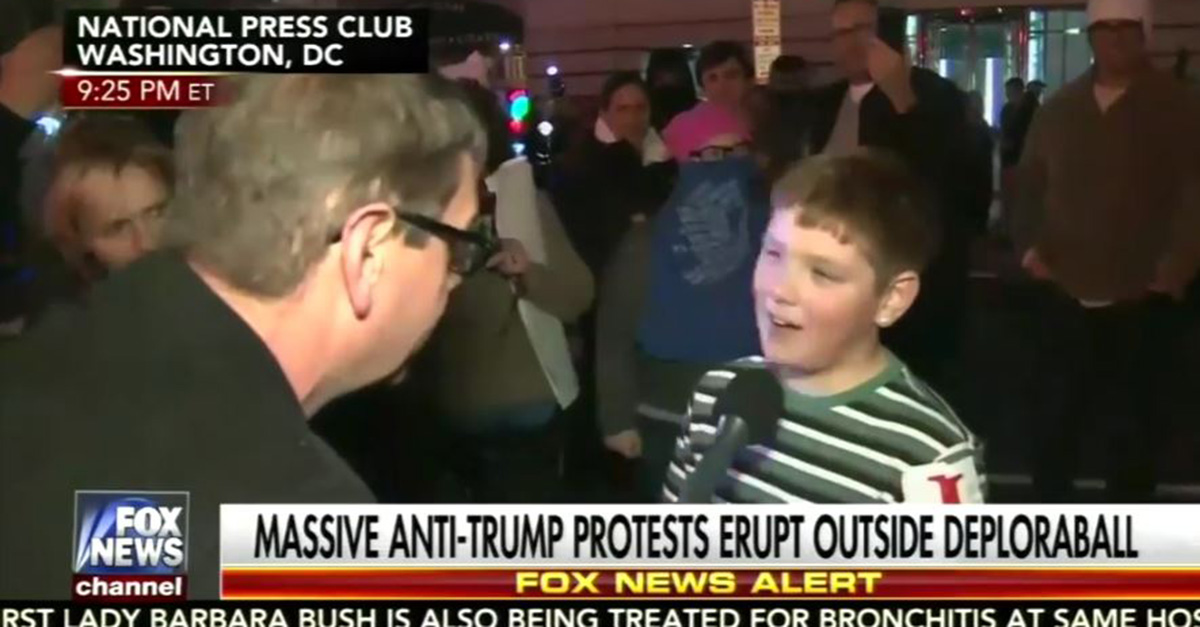 Connor Carey found himself in some hot water after participating in a protest in Washington, D.C.

According to TMZ, Connor and his father, comedian and actor Drew Carey, attended a protest on the eve of President Trump’s inauguration. Connor, 11, allegedly started a fire and a chant of “screw our president.”

In the video, Connor is interviewed by Fox News. After proudly proclaiming he started the fire, Connor explains to the reporter the reason for his action.

“Because I felt like it and I am wanting to say ‘screw our president,'” he said.

Sources close to Carey said Connor was caught up in the action, but his parents were unhappy with how he addressed the reporter and his use of foul language on camera.

The source added that Connor “regretted his words” after talking with his parents.

TMZ reporters talked to Drew Carey on the night of the incident, and he clearly had no idea his son was involved in the action.

“I didn’t vote for either of them,” he said to the tabloid. “I am only here because I am hosting a veterans ball tomorrow night.”