Dwayne “The Rock” Johnson surprises a huge fan, who is also a veteran, in one of the best videos of the year 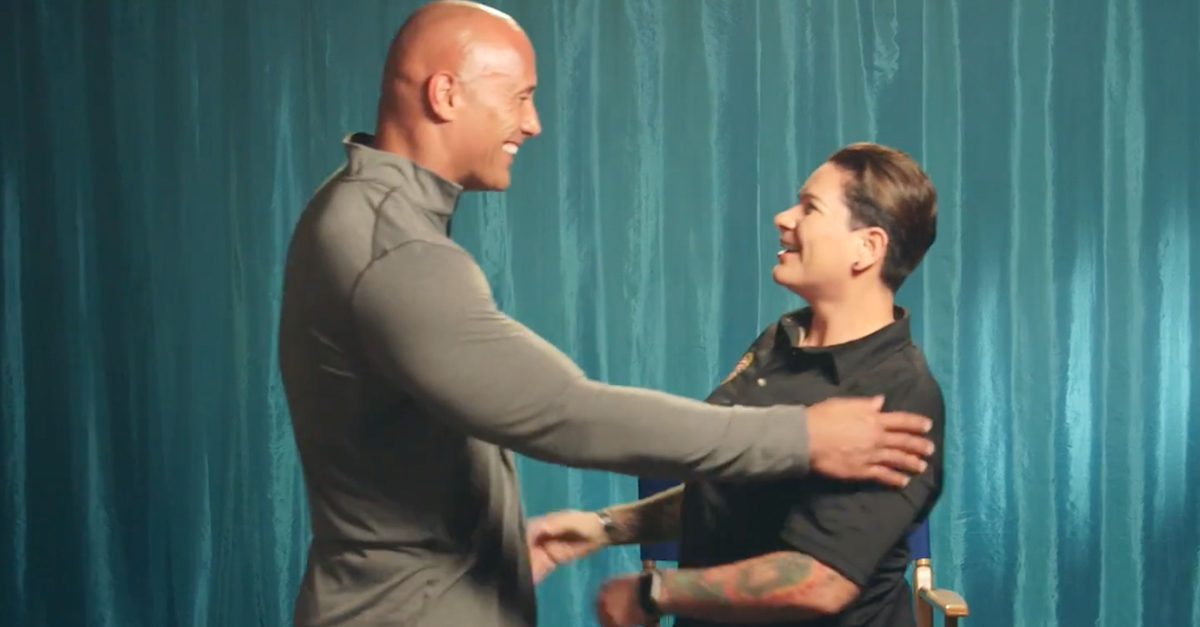 In the video, Johnson surprised Marlene Rodriguez, one of his fans and a combat veteran, with Ford’s Go Further Award.

Rodriguez gave an interview about her service before Johnson surprised her.

“It was my third deployment that I got hit for a second time,” Rodriguez told the camera. “I wanted to stay in, but it wasn’t going to happen.”

Rodriguez broke down when she talked about receiving the Purple Heart

“Losing someone and earning a reward didn’t mesh well with me,” she said. “I have more guilt than anything else because I was given it because of the loss of someone else.”

After Rodriguez discussed her Purple Heart, Johnson made his move, bringing a huge smile to her face.

Johnson thanked Rodriguez for her service, then gave her a brand new Mustang and a free trip to see the world premiere of his new movie, “Baywatch.”

When Rodriguez asked Johnson why she was chosen for all of this, Johnson saw his moment and gave a nice tribute to veterans around the world, saying, “Because of everything you’ve done, and everything that the boys and girls you’ve served with…that’s why.”

While this is certainly a paid advertisement and looks at least 40 percent staged, Johnson still delivered a pretty heartwarming video and did something nice for a veteran.