George W. Bush agrees that Prince Harry is “Prince Charming” after working with the royal on veterans causes 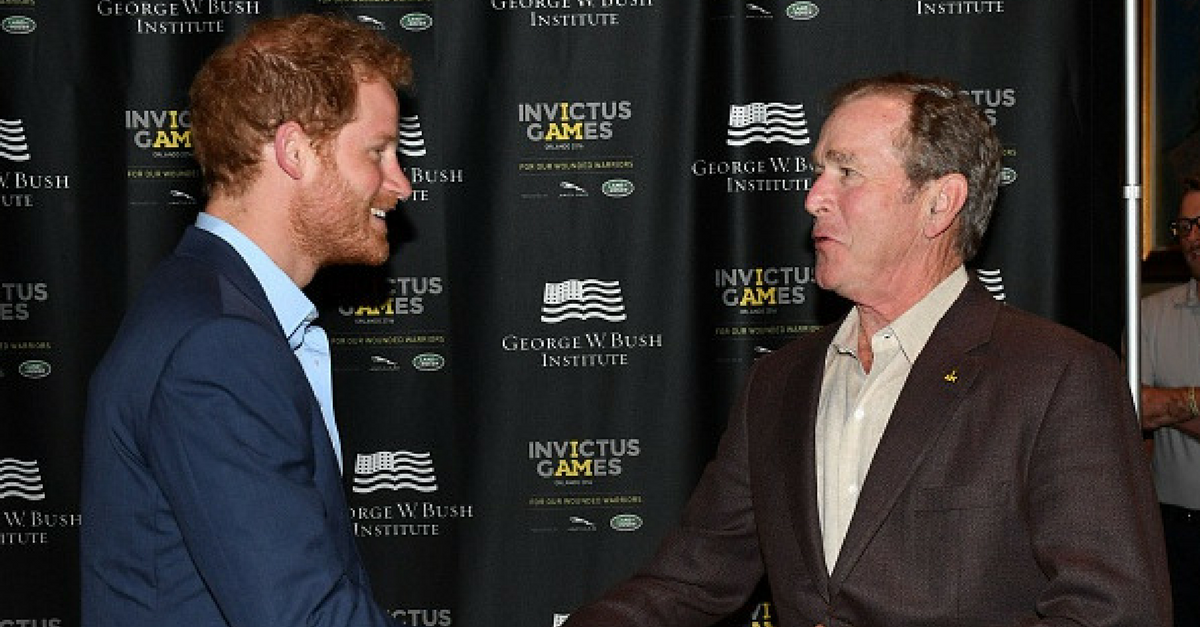 During a recent interview with PEOPLE, former President George W. Bush said that his work supporting veterans brought him together with the U.K.’s Prince Harry and praised the royal for his hard work and dedication toward helping those who have served.

RELATED: Laura Bush dishes on a time when husband George W. Bush got himself into a little trouble

The two met last year at the Invictus Games in Orlando, the second installment of Prince Harry’s project that launched in London in 2014. The event is a paralympic-style sporting event for wounded veterans, in which injured and sick armed service members and veterans compete in various games including wheelchair basketball, indoor rowing and sitting volleyball.

Bush, who recently released his first book of paintings, titled “Portraits of Courage: A Commander in Chief?s Tribute to America?s Warriors,” said he’s interested in helping Prince Harry continue the tradition and plans to be involved with the U.S. team in the months leading up to the September event, which will be held in Toronto.

“What he?s done with the Invictus Games is really good,” Bush said. “As a matter of fact, I?m going down to the Invictus training camp next week to say hello to our team and to some of the members I already know and tell them we want to help them.”

What’s more: another Bush is a big fan of Prince Harry as well. In fact, Jenna Bush Hager even tried to set her sister Barbara up with the royal when she interviewed him on “The Today Show” last year. When Prince Harry admitted that he didn’t “have a girlfriend at the moment,” Bush Hager joked, “I have a single sister, and she feels the same way. Listen, she?s available.”