A 75-year-old great-grandmother from Atlanta, Ga., who was shopping at Walmart in a motorized scooter was viciously assaulted by another female shopper after an altercation in the bread aisle, leaving her noticeably bruised on her face and arms.

But this tough grandma will have the last laugh, as the suspect left her cell phone behind, and it’s only a matter of time until she’s in handcuffs.

RELATED: A stranger approached a woman at Walmart to compliment her baby — and then he grabbed her!

The elderly victim, Sandra McClung, spoke with the local papers about her ordeal.

“I thought I was safe. I’m in Walmart,” she told WSB-TV. “There had to be something wrong with her, because you just don’t do that.”

The woman said that she was wearing glasses and that the suspect, since identified as Alexis Venderburg, repeatedly punched her in the face. She said she almost ran into Venderburg with her scooter and avoided it, but that Venderburg followed her down the bread aisle and initiated a confrontation.

After that exchanged, Venderburg is accused of assaulting the grandmother.

“I had my glasses on and she just kept socking me in the glasses, and then she socked me in my mouth, because my mouth is real sore,” she told WSB-TV. “I kept screaming ‘Help.’ Nobody came.”

RELATED: A Walmart customer’s demand to be assisted by a white employee quickly spiraled out of control in Texas

Thankfully, there is a happy ending to this story.

In the heat of the moment, the accused left her cell phone behind in the victim’s scooter. She turned the phone over to security. When Venderburg attempted to get the phone back, she was denied.

According to WXIA, police unlocked the phone and discovered Alexis Venderburg’s identity. Although Venderburg fled the scene again, she was captured on surveillance video entering the store.

She could face simple assault and battery charges, and it’s only a matter of time until she’s tracked down.

For its part, Walmart released the following statement about the assault: “We’re disappointed a customer would treat another customer with such disrespect. We’ll work with law enforcement as they search for the person responsible and want to wish Ms. McClung a speedy recovery.” 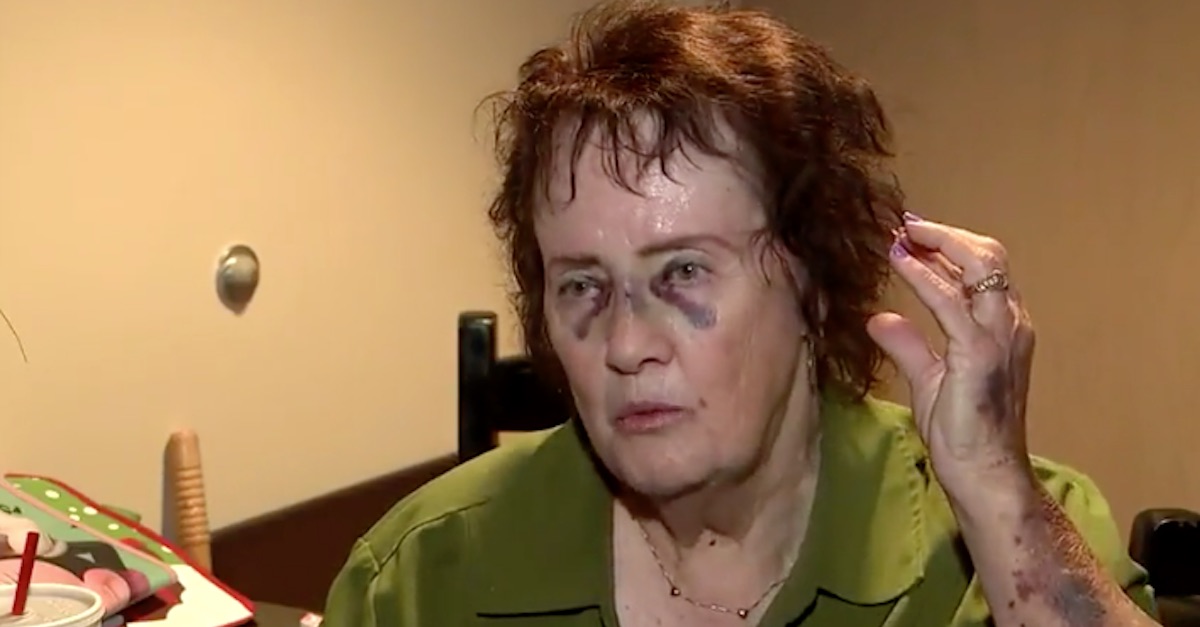