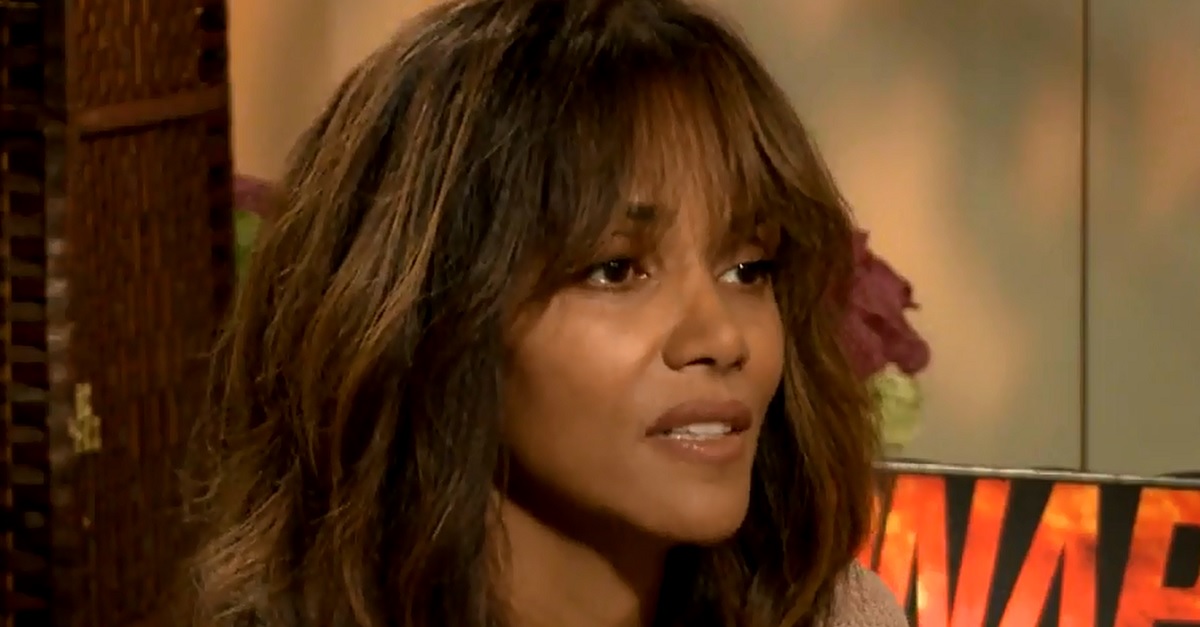 Halle Berry’s new movie, “Kidnap,” illustrates a mother’s worst fears, but it isn’t based on any one real-life event, let alone any event that happened to her.

But in a new interview with Entertainment Tonight, Berry reveals that she’s had moments when she’s feared losing her daughter Nahla, who is now 9.

RELATED: Halle Berry is ?sad? about her son starting school because she wants him to stay ?little forever?

She described one such moment on-air, saying it happened in a store as she was “busy looking at a tag.”

“Nahla was very little, she was there, I looked around, she was not there,” she said, adding that it set off a “moment” for her.

“Shut the store! Shut the doors! I went right into ? nobody’s leaving this piece until I find out where my daughter is. It’s just what happens,” said the mom of two.

Thankfully, in that incident, Nahla was safe ? “she was like a foot away from me, under the turnstile” ? but for Berry, it was a moment of terror.

“In that moment, she was gone!” said the star.