Honey Boo Boo’s sister Pumpkin might just find herself “ousside” with Danielle Bregoli if she doesn’t watch her words.

A TMZ photographer caught up with 11-year-old Honey Boo Boo (Alana Thompson) and 17-year-old Pumpkin (Lauryn Shannon) at a New York City airport on Tuesday and asked them about their thoughts on Bregoli, the infamous “cash me ousside” girl who became an internet sensation after appearing on “The Dr. Phil Show.”

“I think she is ridiculous,” Pumpkin replied.

The former stars of “Here Comes Honey Boo Boo” were then asked about the Kardashians, whom Bregoli, 13, has slammed as talentless and said she was willing to fight. Pumpkin, however, is a big fan of the Kardashian/Jenner clan, especially the youngest, Kylie Jenner.

Before Pumpkin could come to her idols’ defense and shut down Bregoli’s comments, Honey Boo Boo interjected.

“Pumpkin, she gonna catch you outside if you keep talking about her,” she warned, to which her sister bit her tongue.

RELATED: The “cash me ousside” girl returned to “The Dr. Phil Show” with some harsh words for the host 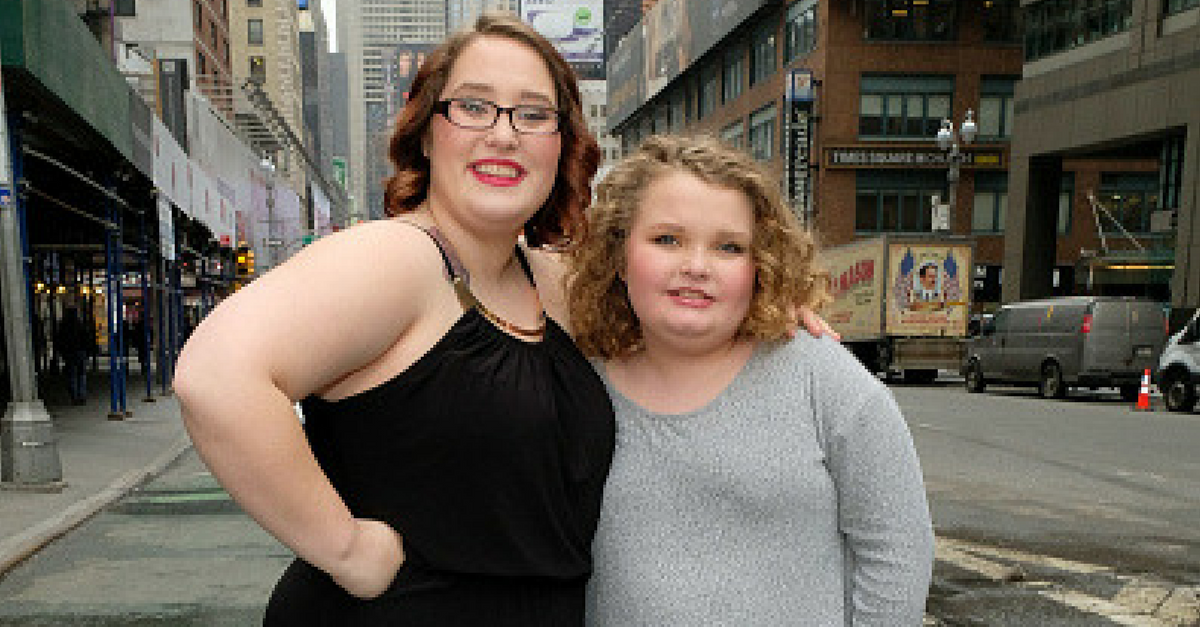