In a 20/20 interview two years later, Caitlyn Jenner reveals if she’s had any regrets or not 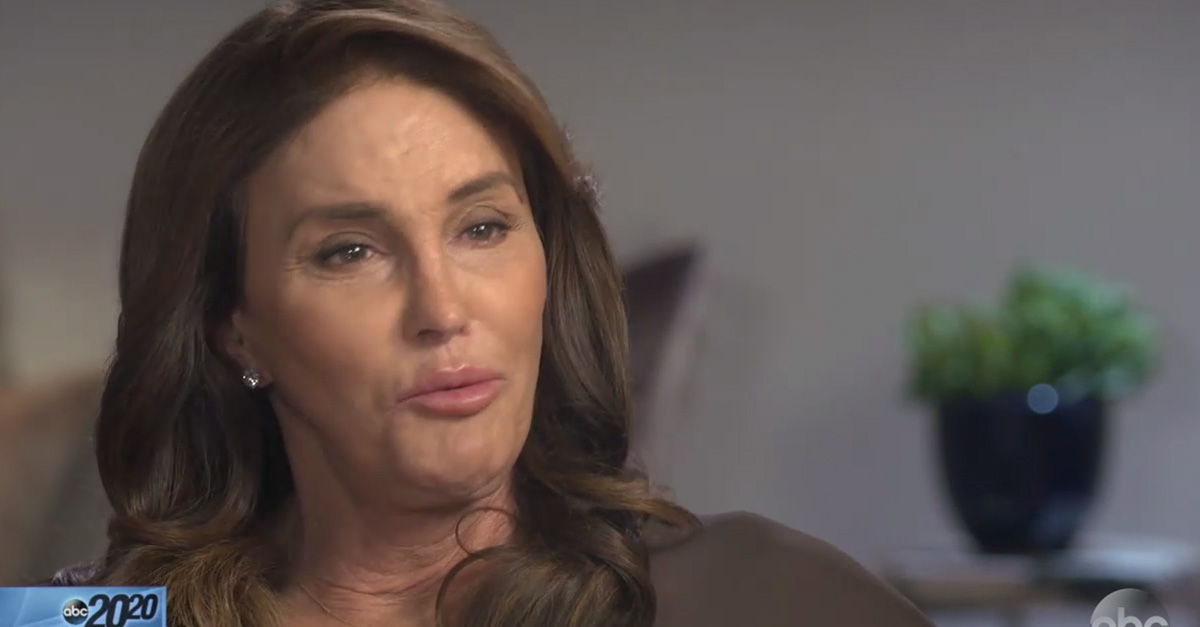 Two years after a stunning “20/20” interview with Diane Sawyer, Caitlyn Jenner sat down again Friday with Sawyer to talk about her journey as a trans woman and if she’s had any regrets.

Despite rumors that she regretted her decision to transition into a woman, Jenner says she’s never been happier.

“Happy, peaceful, peace in my soul. All of that confusion has left me,” she said.

“Do you ever have doubt that you did the right thing?” Sawyer asks her.

“Never. Never had a doubt. I did the right thing,” she said.

“Do you miss being Bruce?”

When she looks in the mirror today, she’s “excited about the day,” she said.

RELATED: Bette Midler definitely made enemies when she tweeted an insensitive joke about Caitlyn Jenner

Jenner announced her transition two years ago in a stunning ABC interview. It was followed up shortly after with a Vanity Fair cover that revealed a new look.

“Call me Caitlyn,” the cover read.

Throughout the past two years, she’s had a reality show documenting her moments of transition, and has become more involved in the trans community. She has even wading into politics from time to time.

Still, she has really been living her life as a normal woman, just as she always hoped she could. She goes to the store two times a week and greets friendly faces and new admirers.

Jenner, who is releasing a book this week titled “The Secrets of My Life,” has struggled with maintaining relationships with some of his kids.

“Some [of my children] I have remained very close to,” she says. “A couple of them, I’m a little more distant. I have to admit, I’ll sit here and wonder, ‘Is it because of my transitioning? Or is it because their life is so busy that they don’t call, like, all the time?’”

She continued: “Nobody calls that much. I mostly reach out to them. Obviously, the Jenner side calls more, but they all have their own lives.”

Jenner is a father to six children, and four Kardashian step children.