James Woods responded to Neil Patrick Harris’ critique of his “utterly ignorant” tweet about a young boy at Pride, but he didn’t back down 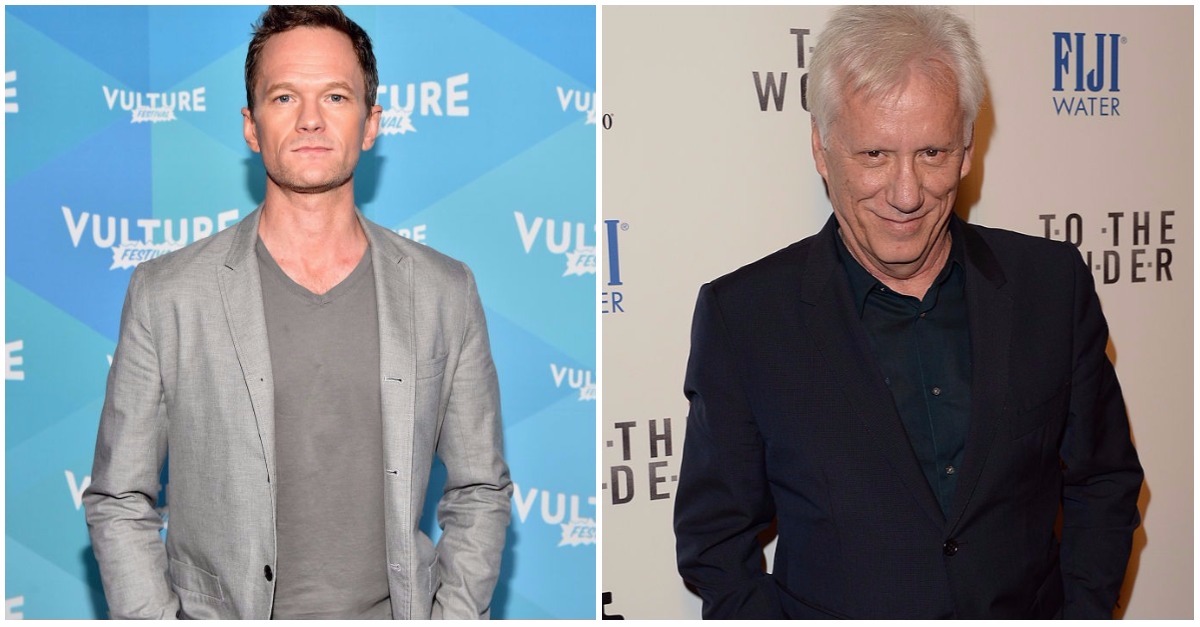 James Woods isn’t one to bite his tongue when it comes to political or social issues. The 70-year-old noted conservative heated things up on Twitter when he wrote that a “gender creative” boy would one day murder his mom and dad, who are shown above in the photo to be in full support of their child.

The dialogue got started when the boy’s mother, Lori Duron, blogged about her son on her site, Raising my Rainbow. She wrote about how her son enjoyed the day at the Orange County Pride Parade in Southern California.

“My sweet, fabulous, rainbow boy has never received so many compliments,” she wrote. “He’s used to getting stares and whispers when we’re out in public. He’s not used to getting the smiles, hugs and encouragement he received at Pride.”

This is sweet. Wait until this poor kid grows up, realizes what you've done, and stuffs both of you dismembered into a freezer in the garage pic.twitter.com/1k3ITApFsF

Woods’ tweet — in which he stated, “Wait until this kid grows up […] and stuffs both of you dismembered into a freezer in the garage” — naturally caused quite a backlash on Twitter. Actor Neil Patrick Harris called Woods out, saying his comments were “utterly ignorant and classless.”

Utterly ignorant and classless, Mr. Woods. I'm friends with this family. You know not of what you speak, and should be ashamed of yourself. https://t.co/ZrbtZH49sp

RELATED: One actor hated Anderson Cooper’s eye roll so much, he sprinkled his criticism with a bit of homophobia

Another actor, Andy Milder from the show “Weeds,” responded to Woods: “When did you dismember your humanity and stuff it in a freezer in the garage?”

When did you dismember your humanity and stuff it in a freezer in the garage?

James addressed the controversy a few days later, saying he was concerned about the child being used to score political points.

Using one's child as a social justice propaganda doll is tantamount to child abuse. This is not about homophobia. Nice try though…

For the record I have supported human rights of all stripes and persuasions, colors, creeds, choices and preferences my entire life. Period.

He also argued that, because kids can be cruel and exclusionary to those who are different, parents should avoid “making [their] child a target.”

Some children can be ruthlessly cruel to children who are simply different in any way. I humbly suggest making your child a target is unwise

I spent my entire adult life in the New York theatre scene, kids. I have more gay friends than Liberace. So let's stop the homophobia train.

Lastly, true to his personality, Woods declared he would not be cowed and would share his views on whatever he wanted, whenever he saw fit, as he doesn’t “give a shit” about how people think of him.

And of course the final word on all of this is that I frankly don't give a shit what anybody thinks about me.