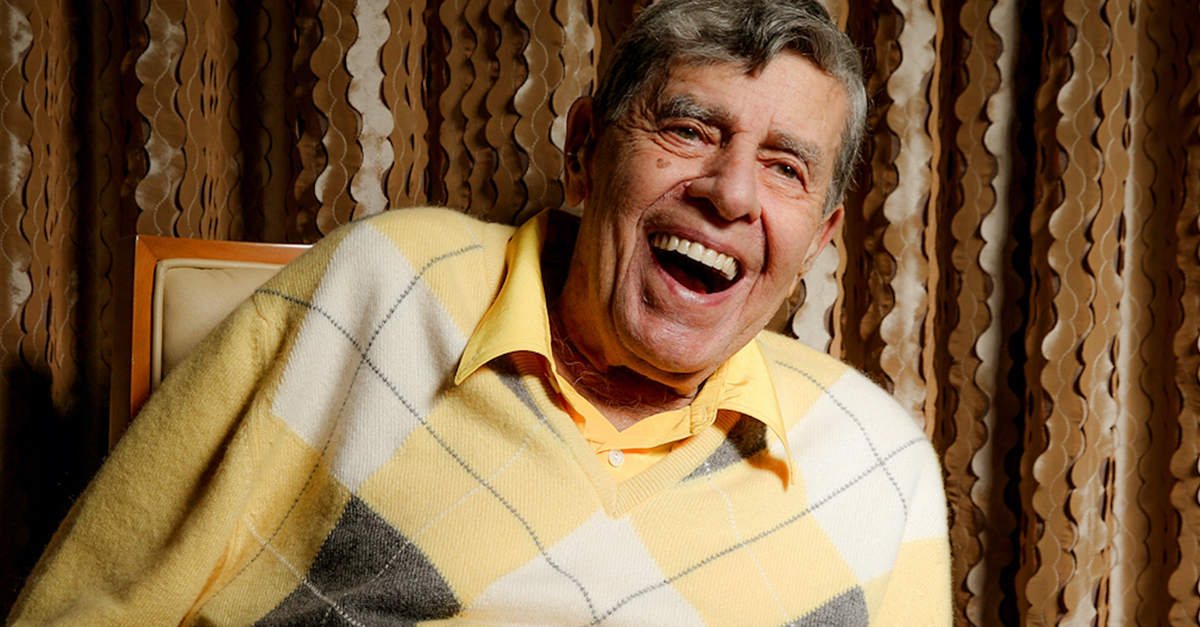 (Photo by Rich Fury/Invision/AP)
In this Aug. 24, 2016 photo, comedian Jerry Lewis reacts during an interview at the Four Seasons Hotel in Los Angeles. Getting older has been frustrating. At 90, Lewis sometimes loses his train of thought and uses a cane and a wheelchair to get around. But his desire to connect with audiences, and with people, is undiminished. (Photo by Rich Fury/Invision/AP)

A publicist for Jerry Lewis says the comedian is recovering after being treated at a Las Vegas hospital for a urinary tract infection.

The 91-year-old comedian and actor was taken to the hospital on Friday so that he could get antibiotics immediately to treat the condition.

RELATED: When asked what it meant to be creative, Gene Wilder gave an answer for the ages

Publicist Candi Cazau says he is doing fine and is expected to be released shortly.

Lewis has dealt with a variety of health issues in the past, including hospitalizations in 2012 for his blood sugar and in 2011 for being overly tired.

The comedian is scheduled to travel to Toronto later this week to shoot a movie.