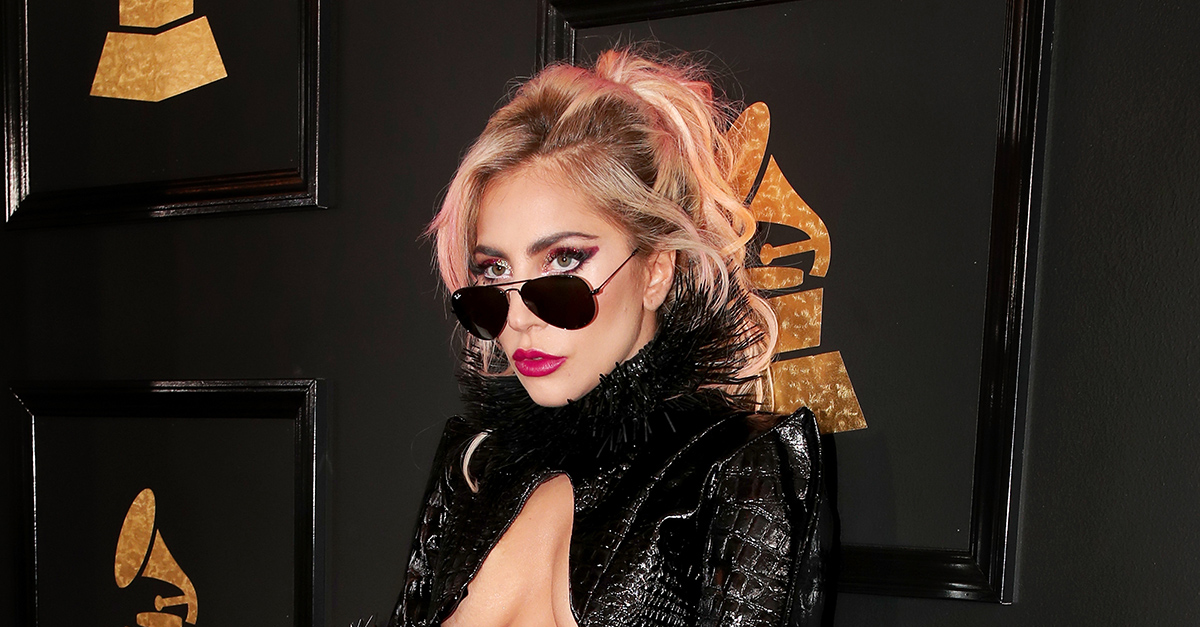 Wearing a black tank top and a crucifix, Gaga showed off a little underboob for the hot shot in the annual music issue, due on stands on Thursday.

The wait is over! V109 #TheMusicIssue is finally here, with homecoming queen (and previous guest-editor) @ladygaga, who has had every metamorphic moment of her career commemorated with a V cover. Here she reunites with @hedislimane, who first photographed Gaga for the iconic cover of 2009's best-selling album The Fame Monster. Read the feature on our beloved collaborator, guest editor, rule breaker and style disruptor by #TamaJanowitz, and see a retrospective of Lady Gaga in V through 5 editions and 24 covers by @willwrights at vmagazine.com. Catch Gaga performing tonight at @citifield for her #Joanne world tour, and pre-order your copy now at vmagazineshop.com, on newsstands August 31.

She opened up about her new album and tour, which kicked off earlier this month.

“I keep seeing this girl. It’s in a dream. In the dream I’m playing at an amphitheater, outdoors, and beyond the seats there’s a field in back?it’s the cheap tickets,” Gaga said. “That’s where the girl is sitting, dressed in a Hanes sweatshirt, wearing her mom’s rolled-up jeans. She has three babies, two are running around her. There’s a cigarette in her hand, a glass of Pinot Grigio. She’s got on a lot of jewelry, mostly fake, but she also has on one heirloom piece.”

Her album “Joanne” is named for Gaga’s late aunt, Joanne Stefani Germanotta, who died at 19 from complications of lupus.

Gaga is no stranger to taking it all off for the camera and previously showed a little skin in a racy photoshoot with no-ex Taylor Kinney for V Magazine.