One Canadian sandwich shop told Liam Neeson he’d be “Taken” by their sandwiches and offered a free one — and he came to collect!

Big Star Sandwiches (the New Westminster location) made a sign to entice Neeson after rumors circulated that he’d be in town. They were true: Neeson is in British Columbia filming “Hard Powder,” a thriller about a snowplow driver who seeks revenge.

RELATED: Drug-free and ready for the next step, Miley Cyrus opens up about the next chapter

He’s joined by Emmy Rossum and Laura Dern in the film, which is expected to come out in 2018, per  IMDB. It’s based on a Norwegian film from 2014, “In Order of Appearance.”

Buzzfeed says the sandwich shop made the initial offer (via sign) on Tuesday. He stopped by for his free sandwich that afternoon.

Everyone at Big Star is clearly pretty excited. How else could you explain a caption like “Holy f**k, it worked?” 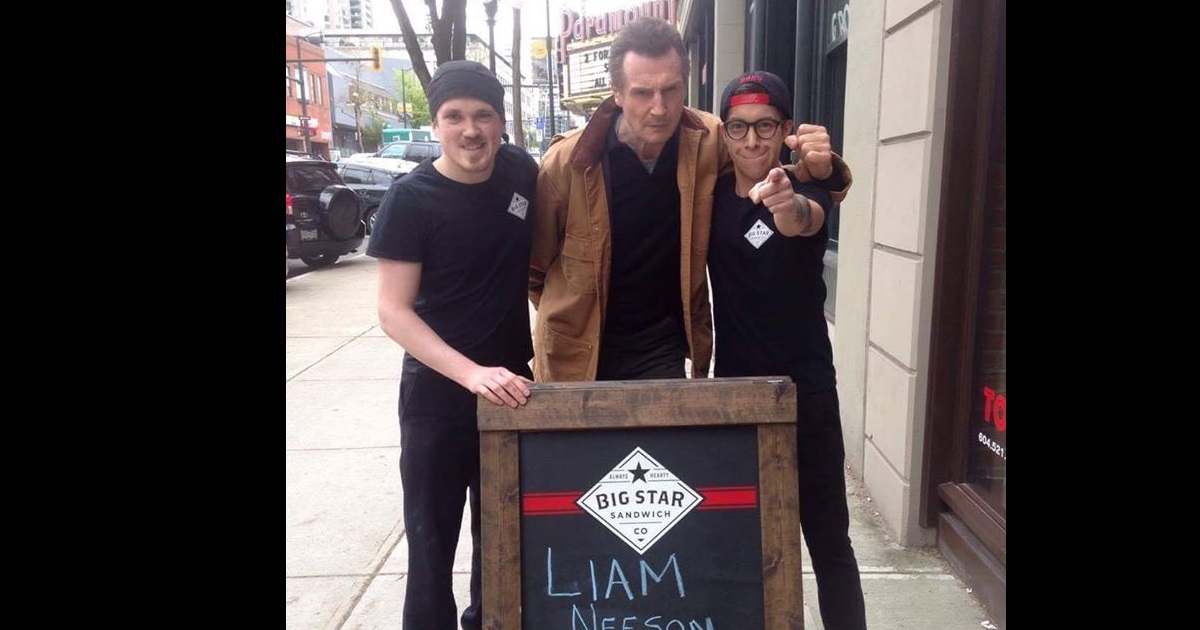