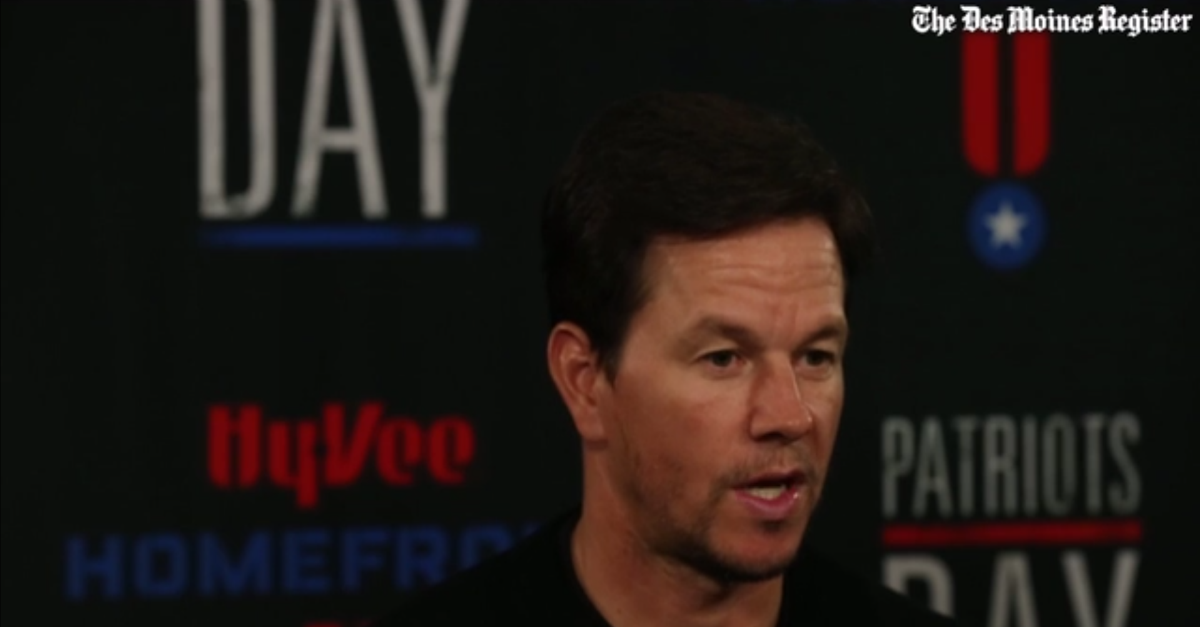 Mark Wahlberg took some time off from promoting his new movie, “Patriots Day,” to visit the families of fallen police officers in Des Moines this week. The Des Moines Register reported that Wahlberg visited the families of Officer Justin Martin and Sgt. Anthony “Tony” Beminio, who were killed Nov. 2.

RELATED: Mark Wahlberg breaks from most Hollywood by expressing optimism about Trump’s America

The actor said that his new film is in part a ?tribute to law enforcement and anyone who commits to serving their community and country.?

Wahlberg held a private screening of the film and a brief press conference. He also bonded with the local crowd over football, saying that if his beloved Patriots don’t make it to the Super Bowl, he’s rooting for the Chiefs.

The event was hosted by Hy-Vee, which is a chain of grocery stores in the Midwest. Money raised during the event will benefit a number of organizations that aid military veterans.