Oh my Gawd! Janice from “Friends” sounds nothing like her character did on the television show 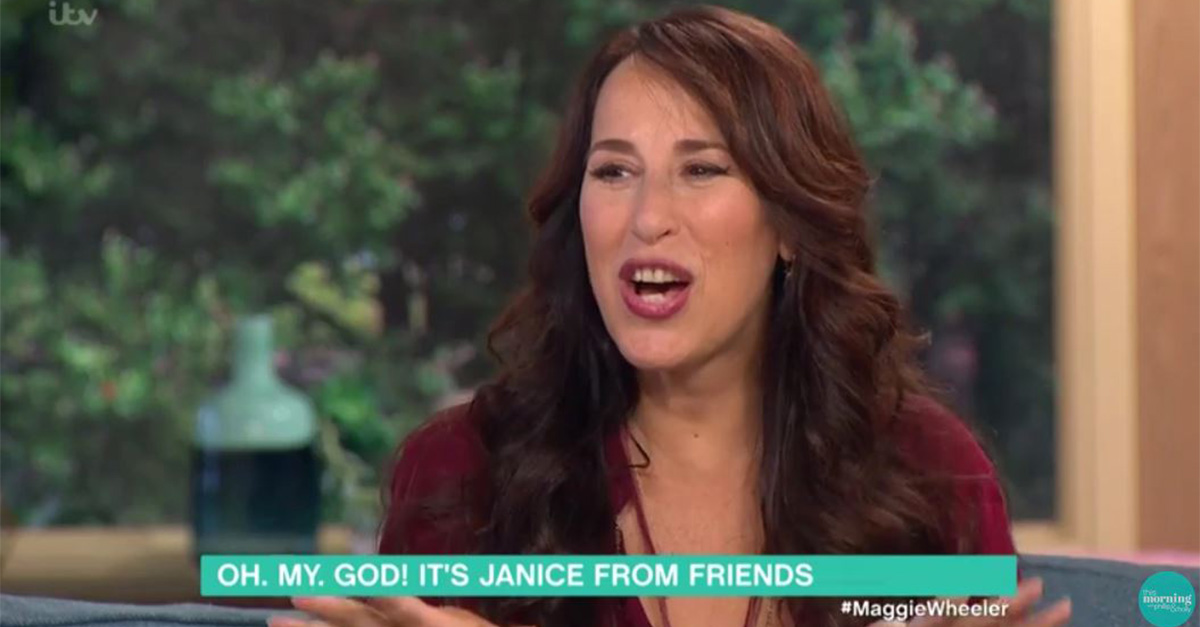 Wheeler appeared on ITV’s “This Morning” and dished about how she gave life to the character long before she appeared on the show.

“I think it was just a progression of how Janice evolved, how the writers created the character for me. The laugh happened for me organically in the first rehearsal because I needed to find a way to laugh because Matthew Perry is so funny and working with him, I thought, ‘this guy was going to make me laugh on set. I’ve got to be prepared. What am I going to do?'” she revealed. “So I created Janice’s laugh as a safety measure just in case he made me laugh.”

RELATED: This hilarious blooper from “Friends” had one cast member laughing harder than he ever had before

Thankfully, Wheeler has never been annoyed by doing the voice when she looks back on the show.

Wheeler didn’t think Janice would become such an important part of the show. When fans of “Friends” first met the character, she was Chandler Bing’s on-again-off-again romance; eventually, she had a small fling with Ross Geller.

“It was always a surprise that she continued to have a life on the show, and I was always so thrilled every time the writers decided to bring me back,” Wheeler said. “It started off as a one shot deal, come in and do one episode, and out of that came 10 years of this extraordinary, joyful experience.”

Of course, the big question on every “Friends” fan’s mind is, will there be a reunion soon?!

“I don’t know what the future holds, but it would be fun. It would be great fun,” Wheeler said.