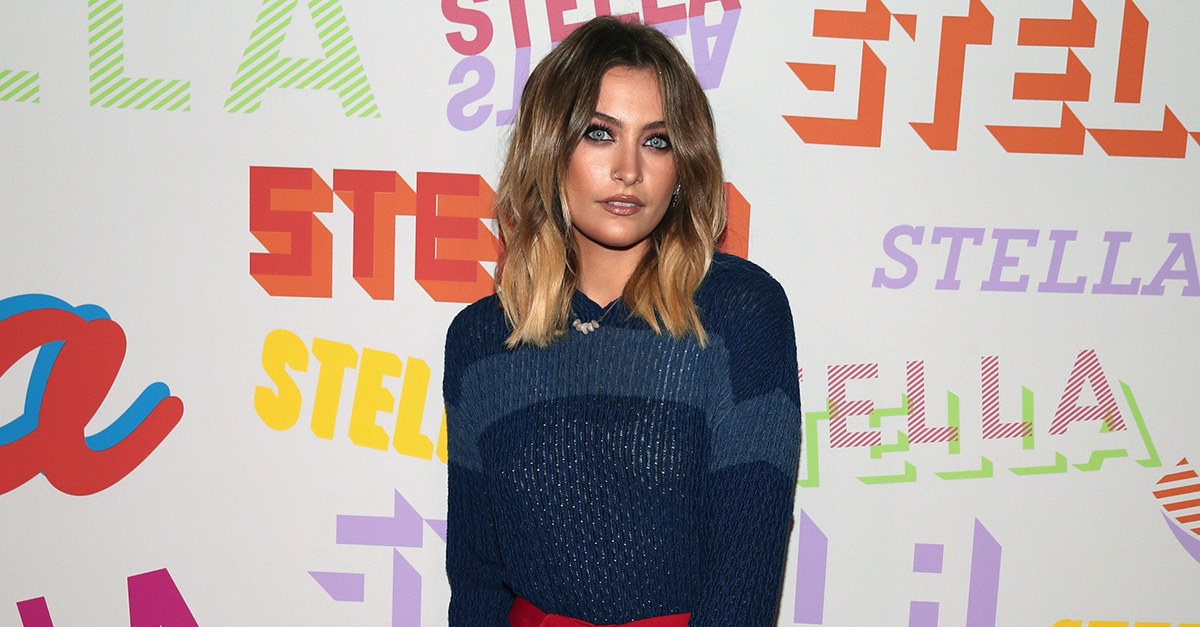 Being the daughter of the King of Pop, one would think that Paris Jackson wouldn’t be phased by meeting another famous musician, but she was when she met Beatles bassist Sir Paul McCartney.

“i cried like a goddamn baby,” she wrote alongside the photo.

i cried like a goddamn baby. paul you are everything.

RELATED: Padma Lakshmi was by the bedside of a ?Top Chef? contestant undergoing cancer treatment

The music legend was spotted supporting his daughter Stella McCartney at the launch of her winter line when he ran into Jackson.

One look at her Instagram and you’ll see that the aspiring model truly idolizes the Beatles, namely McCartney’s late bandmate John Lennon.

In November, Jackson posed with a street art portrait of the late singer, writing, “when da goin gets tuff johnny boy knows just what 2 sayyy.”

Kate Hudson and mom Goldie Hawn were also in the crowd and lost it when McCartney took the stage.

“Front row with… our parents ???? @stellamccartney@officialgoldiehawn @paulmccartney#HelterSkelter #WhatANight ?,” Hudson shared alongside a video of Stella McCartney jamming along with Hawn in the crowd.