Actor Patrick Stewart is applying for US citizenship so he can oppose President Donald Trump.

It’s not clear exactly what resistance activities he plans, but Stewart told the hosts of “The View” — including his “Star Trek: The Next Generation” co-star Whoopi Goldberg — that he wants to throw in with America as a reaction to Trump’s election.

“My wife and I had gone to Washington to see good friends of ours, three different friends who are kind of Washington insiders because we wanted to ask them, what do we do?” he said. “The first night we were in Washington, I had the worst night’s sleep. It was only in the morning when I got up and drew the curtain that realized what it might be.”

RELATED: This fabulous woman caused quite the stir at a red carpet event — wait till you see who she really is

He shared what he described as a “fairly innocent” tweet about the incident in February.

Had the worst sleep of my life last night. But I was sleeping less than 300 yds from where Donald Trump sleeps. Could there be a connection?

“I did not directly insult your president,” Stewart said, to which Joy Behar responded, “You want him?”

“We have our own problems,” Stewart said. “We have Brexit.”

Then he revealed his plan to become an American.

“I’m not a citizen … but I am now applying for citizenship because I want to be an American, too,” he said. “All of my friends in Washington said there is one thing you can do: fight, fight, oppose, oppose. But I can’t do it because I’m not a citizen.”

.@SirPatStew on why he's becoming a U.S. citizen under Trump: "All of my friends … said 'there is one thing you can do: fight, fight!" pic.twitter.com/kk5Eq8Y7wk 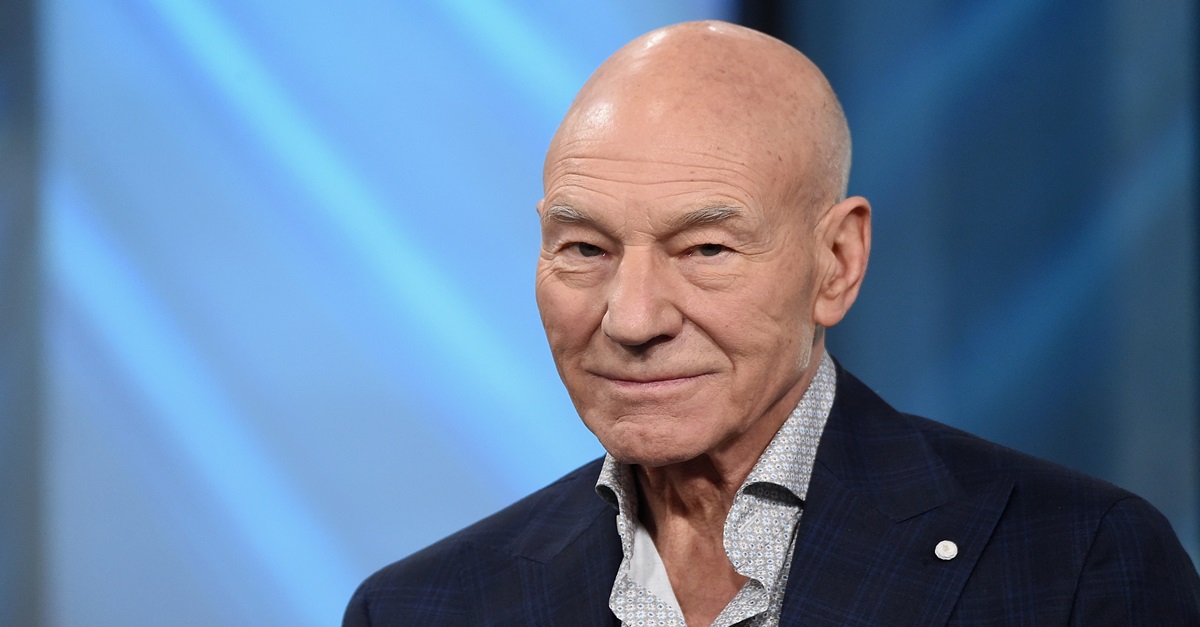