Colleague spotted a certain someone in Manhattan this morning pic.twitter.com/Porlsapmhx

RELATED: Former “DWTS” pro Cheryl Burke is looking pretty cozy with one of her former flames while on a beach vacation

And Page Six is reporting that the reason for his visit may be negotiations for — you guessed it — “Dancing with the Stars.”

They report that sources saw Spicer leaving meetings with NBC, ABC, CBS and Fox News, apparently shopping his contacts, knowledge and know-how after abruptly departing the Trump Administration last week. Spicer, apparently, is a big ratings draw, not to mention being a prominent and recognizable face from the Administration.

A source that Page Six calls a “TV insider” says Spicer’s move to Dancing with the Stars “has legs,” adding that DWTS reached out to him to inquire about it.

Page Six says they contacted Spicer by phone today, yielding a “No comment.” An ABC network representative was similarly tight-lipped about the story.

He wouldn’t be the first Republican to appear on the show; former Texas Governor and current Energy Secretary Rick Perry also danced on the show after losing the presidential nomination. 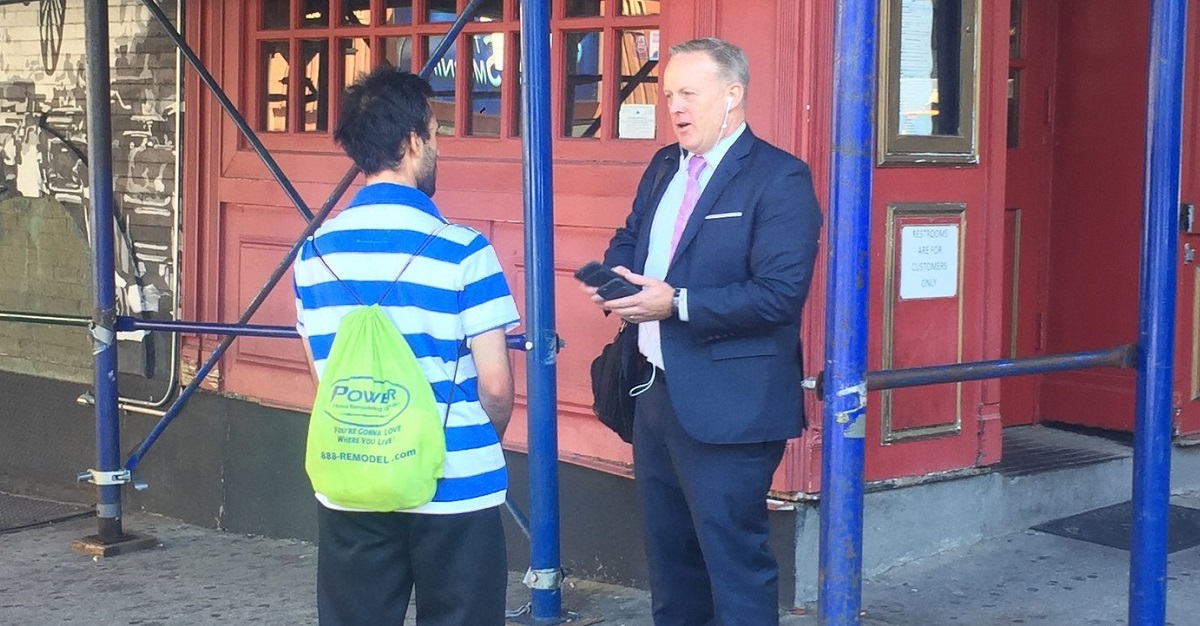