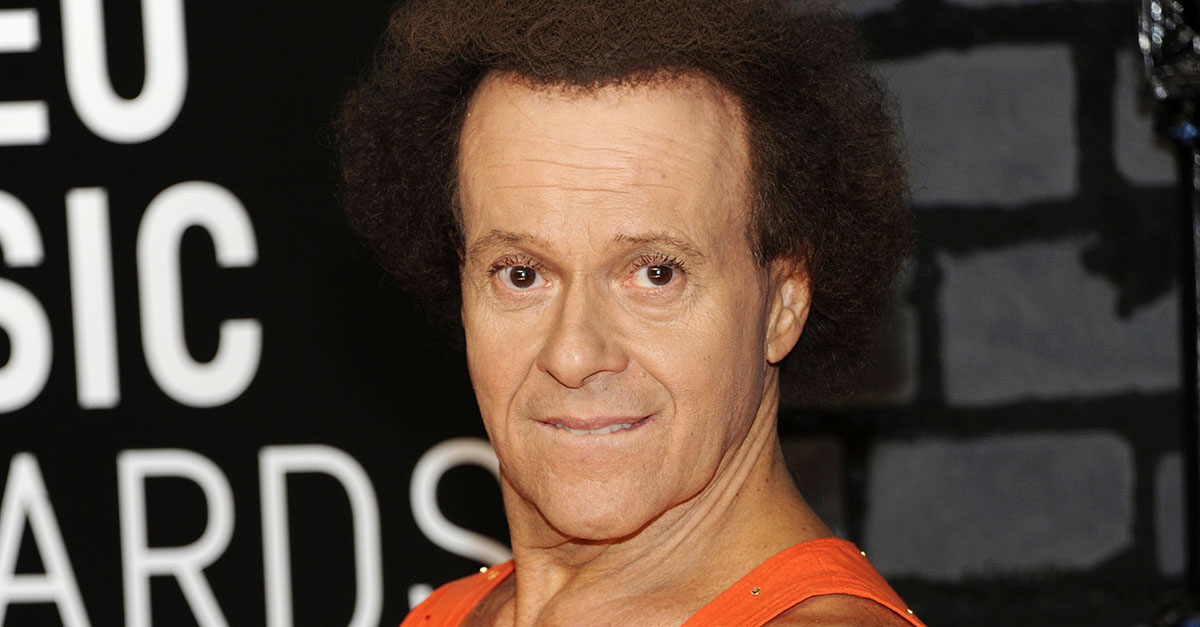 Photo by Evan Agostini/Invision/AP, File
FILE - In this Aug. 25, 2013 file photo, Richard Simmons arrives at the MTV Video Music Awards in the Brooklyn borough of New York. Simmons sued the National Enquirer, its online outlet and its parent company for libel on Monday, May 8, 2017, over stories that claimed he is living as a transgender woman. Simmons' lawsuit states the Enquirer based its stories on a man who has tried to blackmail him for years. National Enquirer publisher, American Media, Inc., said Monday that it is standing by its reporting. (Photo by Evan Agostini/Invision/AP, File)

Richard Simmons is facing huge legal expenses after his defamation lawsuit against the National Enquirer was thrown out.

In May, the fitness guru sued the tabloid after they alleged he was transitioning from a man into a woman following years without a public appearance.

RELATED: After years of rumors, Jamie Foxx and Katie Holmes have gone public

Los Angeles Judge Gregory Keosian reportedly dismissed the case over the holiday weekend after ruling that it is not defamatory to say someone is transgender, according to Page Six. Simmons is now responsible for the legal expenses of the National Enquirer, which could equate to “hundreds of thousands of dollars.”

There is no word on whether or not Simmons plans to appeal the ruling.