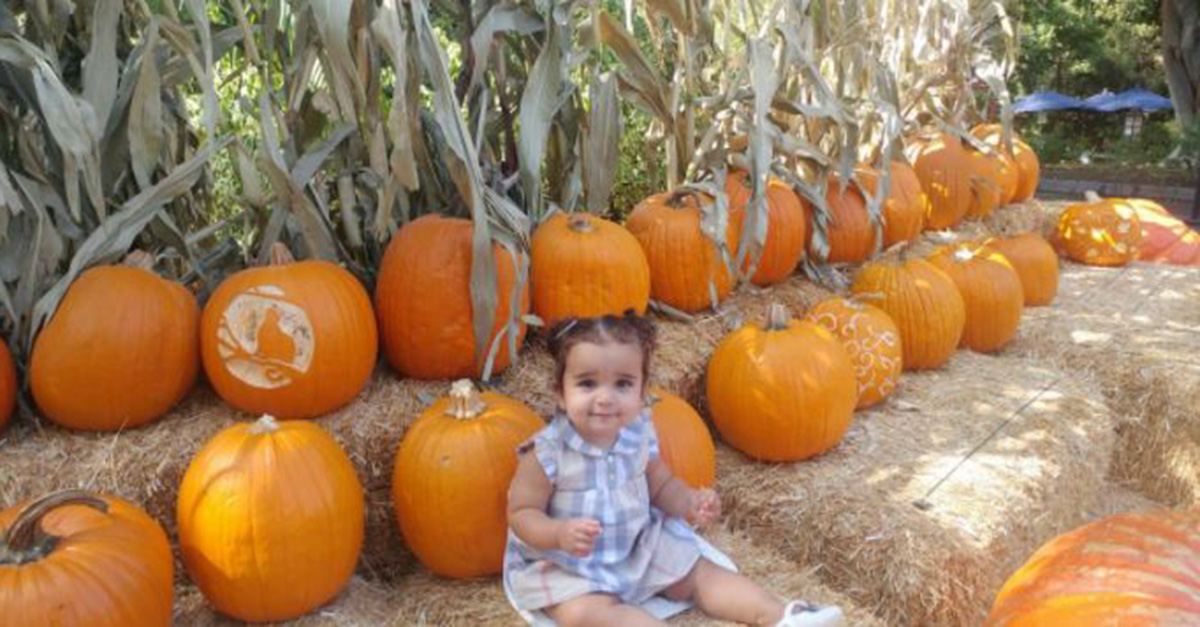 Dream Kardashian is getting ready for her first Halloween!

The adorable little pumpkin (see what we did there) and her father, Rob Kardashian got into the fall spirit by heading to a pumpkin patch with their family

In the adorable photos posted to Twitter, Kardashian gushed over his baby girl as the family took in the fall festivities.

“Cousin LOVE,” he wrote alongside a photo of Dream and cousin Reign Disick. Reign is the youngest child of Kourtney Kardashian and ex Scott Disick.

He also shared another photo of Dream sitting on a barrel of hay surrounded by pumpkins. So cute!

Kardashian recently reached a settlement with his former fiancée, Blac Chyna over the custody of their daughter. In September, the former couple agreed to co-parent their daughter, though it was made very clear that Kardashian “does not have more than 50 percent custody.”

Chyna also agreed to drop a domestic abuse hearing after claiming Kardashian was abusive to her in their relationship. She was granted a temporary restraining order after Kardashian shared nude photos of Chyna on social media.

“Chyna is pleased that Rob has agreed to peacefully co-parent Dream with her, as she has been requesting all along,”  Chyna’s attorney stated at the time of the agreement.

Dream will celebrate her first birthday on November 10.