In a trailer for ABC’s “People Icons: Gone Too Soon,” Robin Williams’ widow, Susan Schneider Williams, opens up about the man she fell in love with and his battle with dementia that went undiagnosed until after he died.

“The Robin that I knew was not the crazy, manic one who would be performing on stage for comedy or sometimes in his roles as an actor,” she said. “I think that’s commonly a misconception, is that Robin was always running at that speed. And that is not the man that I knew. That’s not the man I fell in love with.”

RELATED: After Robin Williams died, Carrie Fisher shared one of their last conversations

Instead, she recalled her late husband as someone quite different, saying:

Robin was a quiet, intellectual man, sometimes playful. But primarily what moved him was the fact that he was an observational genius. If you can imagine the energy that he would bring to the stage — no one can do that full-time. And I think the brilliance behind that impact of energy he would bring was because in his time off, he was someone who was contemplative and an observational genius.

Williams committed suicide in 2014 at the age of 63. He reportedly struggled with Lewy body dementia but wasn’t diagnosed until after his death. The disease made him lose not just his memory, but also his ability to control his emotions and anxiety. Schneider Williams has spent her time since raising awareness of the disease and has an idea of what her late husband’s legacy will bring.

“Robin’s real legacy will unfold in the decades to come and really shed light on brain disease as a whole, but particularly dementia, which 47 million people worldwide are suffering right now,” she said, adding that she wants other Lewy body dementia patients “to know that they are not alone.”

“This is what Robin Williams had, and they’re being heard — they’re not outcasts. The way I see it, he truly is on that back nine going, ‘I got this,’ where he made people feel not alone before. They don’t have to feel alone now.”

RELATED: One of David Cassidy’s former co-stars asks his fans to send their love during Cassidy’s tough time 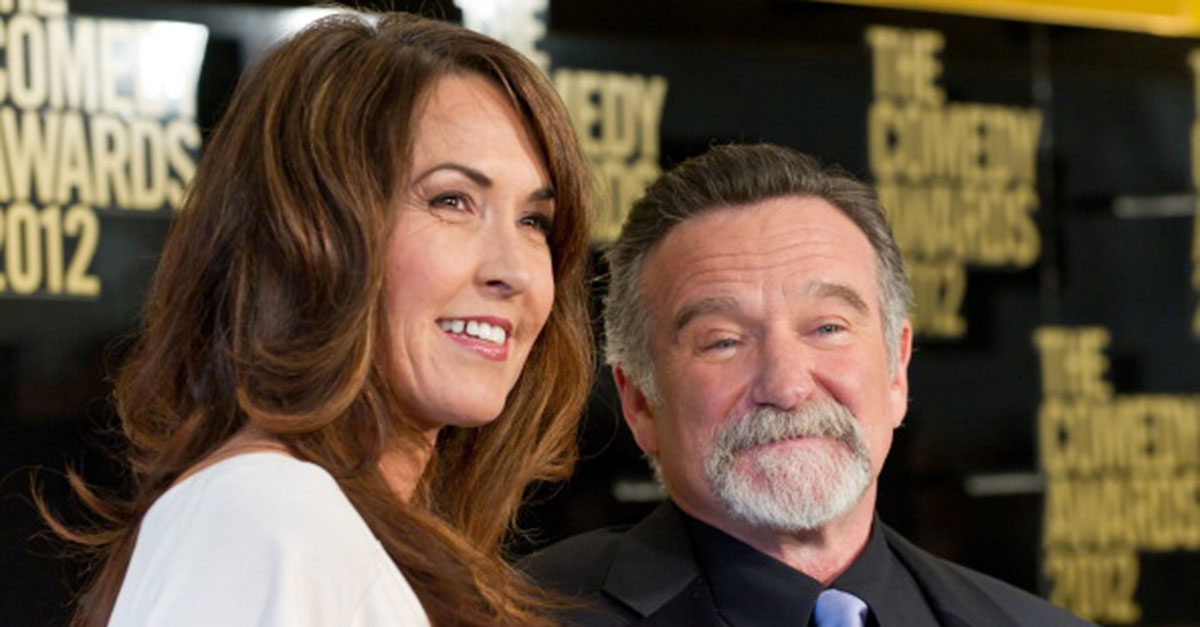