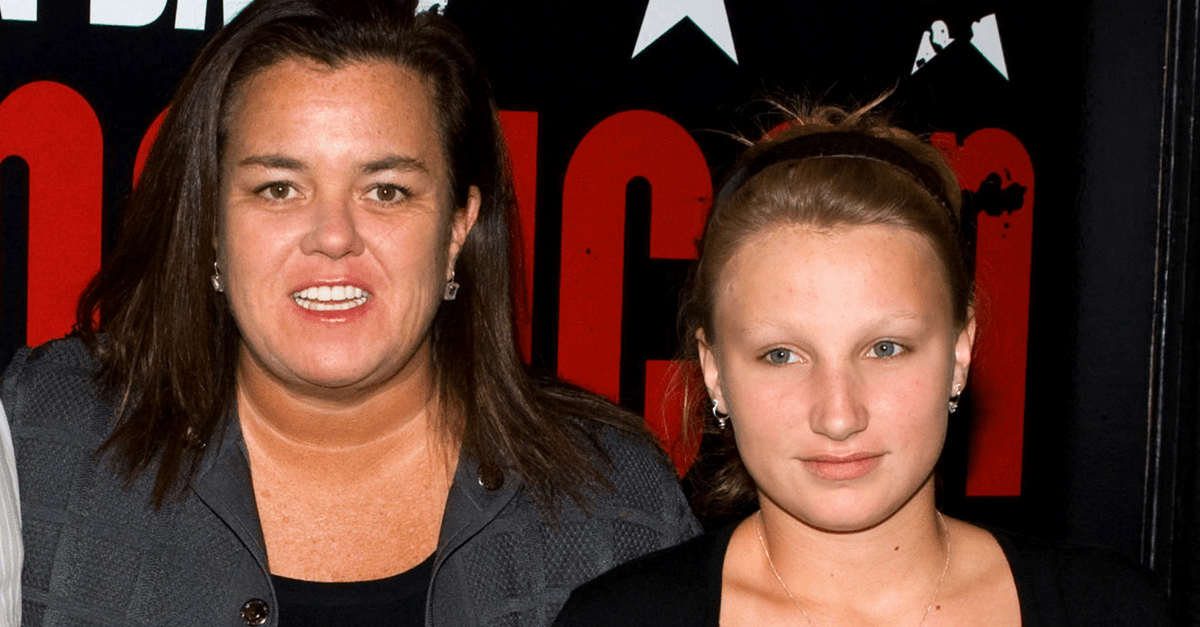 AP Photo/Charles Sykes, File
FILE - In this April 20, 2010 file photo, Rosie O'Donnell, left, poses with her daughter Chelsea at the opening night performance of the Broadway musical "American Idiot" in New York. Hours after it was publicly revealed that Rosie O'Donnell's 17-year-old daughter had been missing for a week, she was found by police safe in a New Jersey home on Tuesday, Aug. 18, 2015. Chelsea O'Donnell had left the family's home a week earlier with a therapy dog, and her mother's concern was intensified because she had not been taking needed medication. Chelsea suffers from mental illness, according to her mother's spokeswoman. (AP Photo/Charles Sykes, File)

In an exclusive interview with The Daily Mail, Rosie O’Donnell’s estranged daughter Chelsea detailed her tumultuous relationship with her mother, one that she feels is “irreparable.”

“It was pretty late at night,” Chelsea said, recounting an incident that happened in 2015. “A couple of weeks prior, I had gotten a tattoo. She [O’Donnell] had spyware on my phone, so she could see pretty much everything I did. She called me into her room and asked me about the tattoo. I denied it. She asked me to take off my clothes — she didn’t know where it was — to show her, and I refused.”

That’s when things took a turn for the worse.

“She picked up a wine bottle and started chasing me, trying to take off my clothes,” Chelsea continued. “She told me if I didn’t show her, if I tried to leave, that she would hit me with the wine bottle, call the police and tell them that I had attacked her. She was holding it above her head and coming after me in her room. She kept trying to run after me and saying that if she really wanted to, she could kill me; she’s that strong.”

Chelsea admitted that her mother never actually hit her. Once she finally showed O’Donnell the tattoo, she left the house for the night. A few months later, Chelsea left the family home for good, which prompted O’Donnell to report her missing. She was eventually found at the home of an alleged heroin dealer; however, no charges were filed, as no drugs were found in the home, and Chelsea was there voluntarily.

Chelsea later secretly married Nick Alliegro, 31, in July 2016 after finding out she was pregnant. Sadly, she suffered a miscarriage shortly after the wedding. According to Alliegro, O’Donnell “never seemed to care or even asked any questions, like it didn’t matter to her.” Chelsea’s medical problems continued after doctors found a lesion on her brain. The couple claims they had to lie to O’Donnell and tell her that they would get divorced in order to convince her to pay for Chelsea’s medical bills.

“Chelsea is mentally ill,” O’Donnell told The Daily Mail in response to the interview. “[She] has been in and out of hospitals most of her life. Born addicted to heroin. She has had a tough road. As for her comments, I assume you are paying her, which is why she is selling these tales to you […] She is very sick. She is not capable of truth or reason. She has not been in touch with anyone since her husband tried to extort $9000 from this family.”

“I am not mentally ill, and I have no self hatred and am not doing this for the money,” Chelsea responded to her mother’s allegations. “Rosie doesn’t know me, and she never will again. She is a cruel narcissistic vengeful woman who doesn’t care for anyone but herself, and her writing that on her website just shows how shallow hateful she really is.”

RELATED: When she isn’t bashing the president, Rosie O’Donnell has more important things on her mind