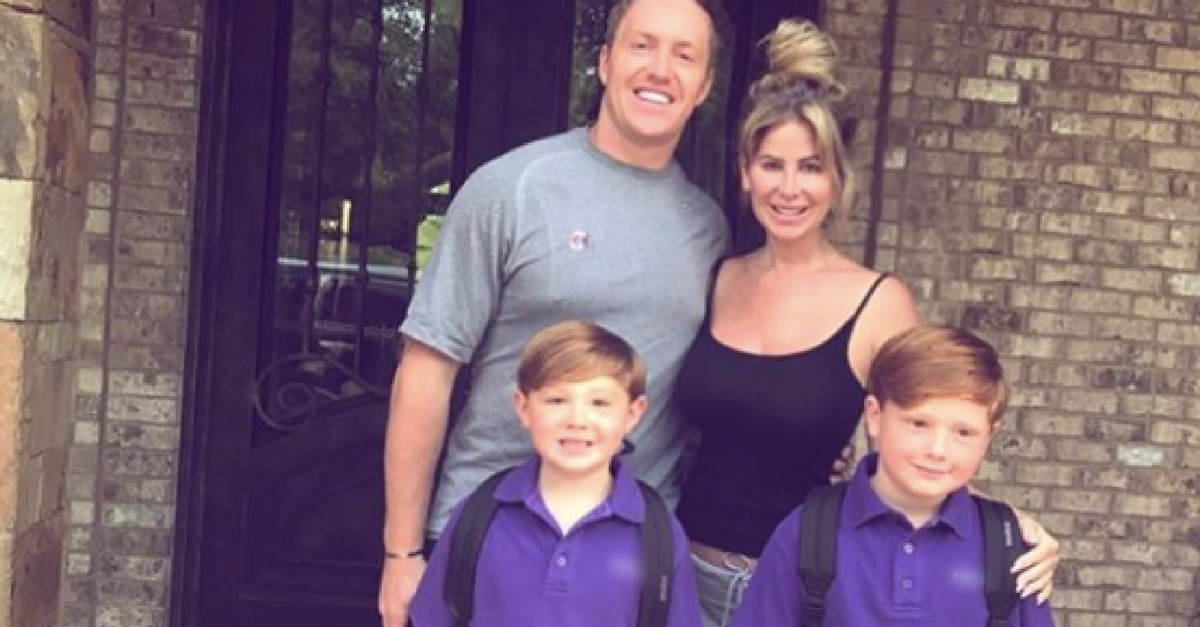 Many people wouldn’t keep a dog that gruesomely attacked their child, but Kim Zolciak-Biermann did. The “Real Housewives of Atlanta” alum reintroduced her son Kash to the dog that left him with a nasty bite to the face, and the controversial reunion was caught on camera.

Friday’s episode of “Don’t Be Tardy” featured Kash, 5, reunited with Sinner (Sinn), the husky-boxer mix his parents adopted for him, after his parents installed a gated area for the dog and made sure only they have the keys.

?We?ve been through so much to get to this point. First and foremost, our main focus was Kash ? fixing the booboos, making sure that he was emotionally ready,? Kim Zolciak-Biermann’s husband Kroy explained. ?And then we shifted our focus to: Can we actually have Sinn here??

The concerned mom first shared the news of the incident in April with an Instagram picture featuring her leaning over her son in the hospital, writing, “I don?t know where to start. The last 14hrs of our lives has been a living nightmare. My sweet @kashbiermann was bit by a dog and had very traumatic injuries. I?ve never prayed so hard, or been so scared in my life.”

RELATED: Kim Zolciak-Biermann opens up about what happened to her furry friend after her son?s scary dog attack

I don't know where to start. The last 14hrs of our lives has been a living nightmare. My sweet @kashbiermann was bit by a dog and had very traumatic injuries. I've never prayed so hard, or been so scared in my life. My husband, our daughters, Kj, Tracey, his nanny, Michael Beck and everyone close to us all pulled together and held each other up. Kash was in the operating room for a couple hours and now we are praying for a quick speedy recovery. Due to this I will not be on WWHL tonight but will do my best to make it up very soon! Thank you for all your prayers and most importantly Thank you God for your protection ❤️ A very special Thank you to my incredible medical team! A few days in the hospital and we will be back home ❤️

Since the attack, Kash has completely healed, according to his parents. Zolciak-Biermann documented his progress on Instagram, sharing improvements along the way.

1st day of Kindergarten 😭 @kashbiermann did great getting out of the car…and as soon as he did I LOST it. 😭😭 My hubby and @arianabiermann were so sweet talking me down! 😍 Kj started 1st grade Thursday of last week (and I'm surprised he isn't president of his school yet) lol but my nugget Kash is a bit more sensitive and shy. There is something about boys that just gets me 😩 THANK YOU for all of your sweet comments through all my tears last night I didn't feel as crazy knowing so many of you are going through the same. Love all of you 💋 have a fantastic day and I'll let you know if I hop in my car and go pick him up 😉

?We met with behavioral specialists, we talked about it, we prayed about it, we asked Kash, we did all these things and ultimately came to the decision that at this point, it would be in both Kash?s and Sinn?s best interest to see if we can introduce him back into our home and in our family,? Kroy said before showing off Sinn’s new fenced in area. ?Since he can?t be roaming around the yard by himself without adult supervision, we put him in here and we can walk away and we know that he?s safe and everybody?s safe.?

RELATED: Kim Zolciak-Biermann surprises son Kash with a puppy months after a dog attacked him