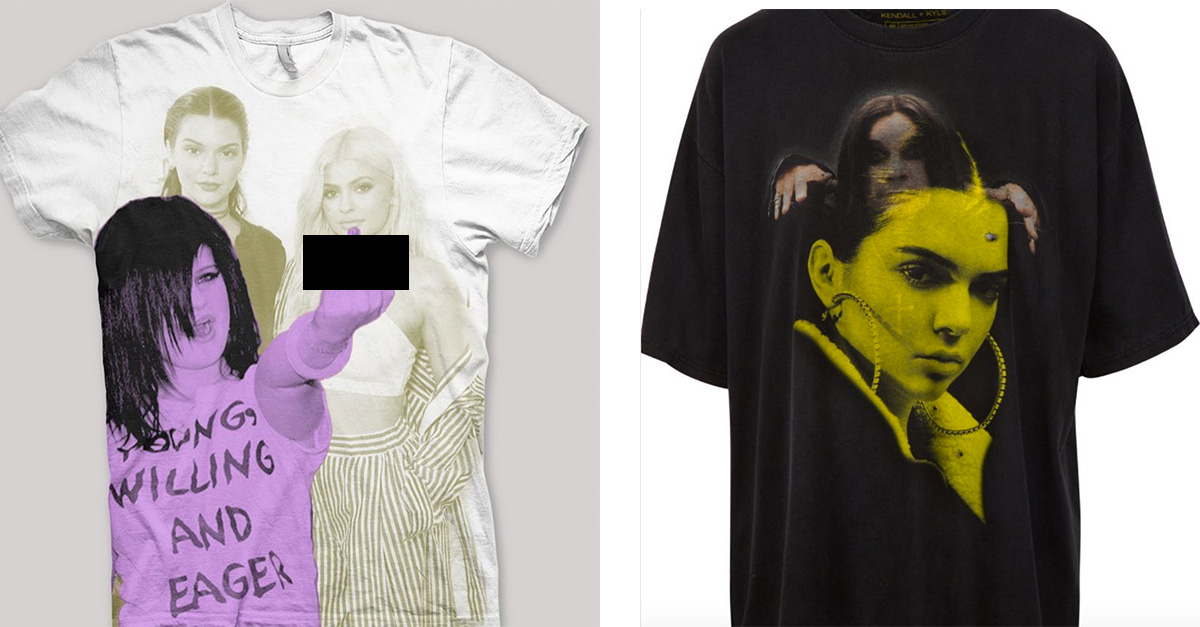 Kendall and Kylie Jenner once again found themselves at the center of a cultural controversy this week after they released a controversial new line of T-shirts for their Kendall + Kylie collection.

The ?Rap vs. Rock? tees featured photos of musical icons Tupac, Notorious B.I.G., and Ozzy Osbourne with the likenesses of the Jenner sisters screen printed as a second layer on the items. People were quick to point out the problematic nature of these tees, not just as a blatant form of cultural appropriation but also from a legal perspective. The Notorious B.I.G.’s mother, Voletta Wallace, called the tees “disrespectful [and] disgusting” in a scathing Instagram post. She also pointed out that the Jenners did not reach out to Biggie’s estate to request the rights to use his likeness on the tees — a very serious offense that could lead to legal action against the sisters down the road.

Kendall and Kylie have since pulled the line of tees from retail shelves and issued an apology.

RELATED: Sharon Osbourne explains how she was able to fall back in love with husband Ozzy after his infidelity

But it wasn’t just Wallace who was furious about the use of her loved one’s image on a retail product. Sharon and Kelly Osbourne took to Instagram to vent their frustration over the use of rock legend Ozzy Osbourne’s face on one of the T-shirt designs.

Girls, you haven’t earned the right to put your face with musical icons. Stick to what you know…lip gloss.

Sharon Osbourne shared the post mid-day on June 29 and emphasized that the young women “haven’t earned the right” to superimpose their faces with the likes of musical icons like Ozzy. She also suggested that the Jenner sisters “stick to what [they] know… lip gloss,” perhaps implying that fashion isn’t the right course for these two members of the infamous Kardashian clan — a bit of a burn considering the fact that Kendall is currently fully invested in her modeling career.

Kelly Osbourne shared her feelings on Instagram a few hours after her mother, albeit in a much more overt manner. In a fiery post, Kelly posted a photo of a T-shirt mocking the Jenners’ line. Kelly’s tee features the likeness of Kendall and Kylie Jenner superimposed with Kelly giving them the middle finger. The photo’s caption simply reads “#CurrentMood.” Clearly Ozzy’s daughter did not take kindly to the Jenners using the rock legend’s likeness to sell T-shirts.

Though the line of tees has been pulled from the market and the Jenner sisters have apologized, this drama could still continue to unfold poorly for the reality TV stars. The apology is not enough for The Notorious B.I.G.’s estate, who released a statement to PEOPLE on June 29 saying, “While we appreciate that the Jenners have made an apology and pulled the unlawful and unauthorized items, this matter has yet to be resolved.?