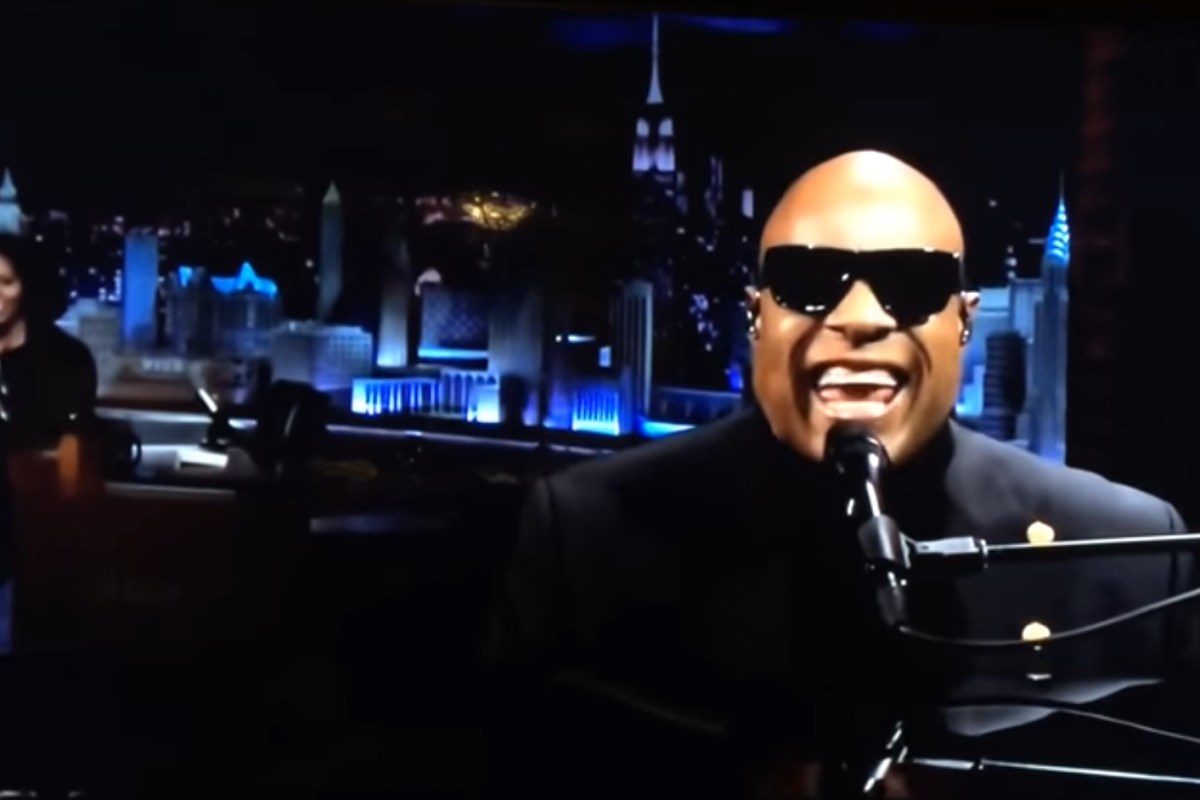 Michelle Obama had many memorable moments during her eight years as first lady. She’ll likely add her final appearance on the “The Tonight Show with Jimmy Fallon” to the list — maybe to the top.

A star-studded guest list bid her farewell Wednesday night. The highlight was Stevie Wonder serenading her with special lyrics to some of his most cherished songs, including “you’ll always be first lady in our minds.” Wonder left Obama teary-eyed as he dedicated his medley of hits to her with new versions of “Isn’t She Lovely” and “My Cherie Amour.”

Wonder started his set by saying, “I love you, Michelle. I must tell you, I wrote this song but I changed the words a little”

“You’ll always be first lady in our minds.”

RELATED: Michelle Obama chokes up in her final late-night appearance as first lady

Obama talked about how she met her husband through their love of the music legend.

“That was prerequisite,” she said. “He had to be able to play ball and he had to like Stevie Wonder.”

Fallon dedicated nearly the show’s entire hour to Mrs. Obama. She spoke about how emotional she has been as the family prepares to leave the White House. She also cleared up a small mystery about why Sasha was not President Obama’s farewell speech Tuesday night in Chicago: she had a final exam.

Mrs. Obama then reiterated her pledge to help incoming first lady Melania Trump, just as Laura Bush offered a helping hand to her.

“This democracy is not about party. We’re all trying to get things done,” she said. “I’m available to Melania, to Ivanka, so they get through this healthy. Families need to be protected in this.”

In a pretty heartwarming segment, Obama surprised people who had been invited to the show to to film messages in front of a portrait of her. They were filmed giving their messages, and then Obama popped out from behind a curtain to say hello and give them a hug.

Comedians Jerry Seinfeld and Dave Chappelle later joined Fallon and Obama to play Catchphrase after the first lady helped the host write his thank you notes for the week.

“Thank you Barack, for proving you’re not a lame duck… but my very own silver fox,” Michelle wrote as the audience broke out in loud applause.