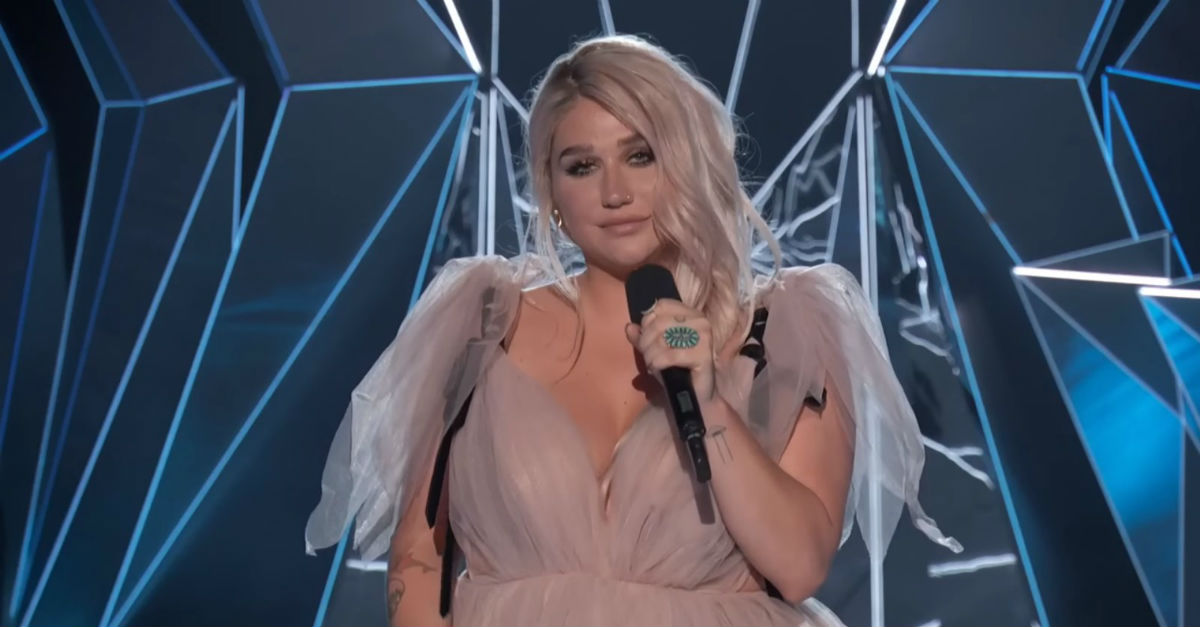 The National Suicide Prevention Lifeline says that its call volume increased by 50 percent after Kesha introduced for Logic’s “1-800-273-8255,” a song that takes its name from the Lifeline’s phone number.

“The truth is piercing and the truth is what matters. The truth is none of us are alone,” she said after admitting that the song brought her to tears.

RELATED: Pink had a message for her daughter as she accepted the Michael Jackson Video Vanguard Award

“We all have struggles. And as long as you never give up on yourself, light will break through the darkness,” she added.

She then encouraged anyone in need to contact the hotline before Logic, joined by Alessia Cara and Khalid, performed the song. They were joined by survivors of attempted suicide.