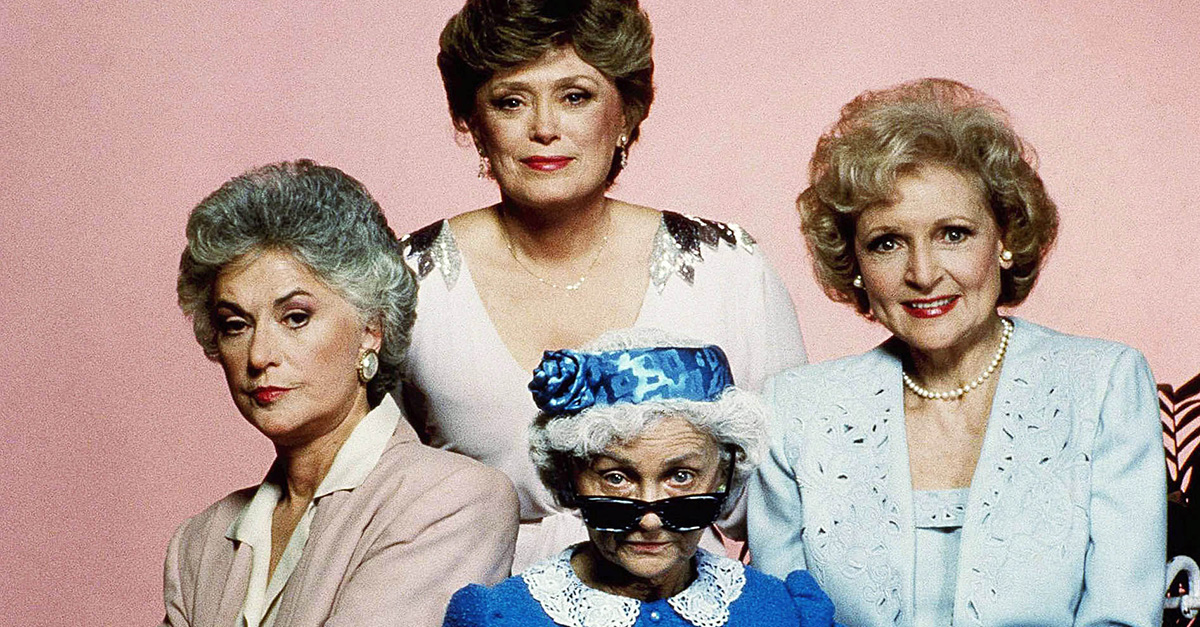 AP Photo/File
** FILE ** Cast members of the television series "Golden Girls," pose for a photo, clockwise from left, Bea Arthur, Rue McClanahan, Betty White and Estelle Getty. Getty, the diminutive actress who spent 40 years struggling for success before landing a role in 1985 as the sarcastic octogenarian Sophia on "The Golden Girls," died Tuesday, July 22, 2008, at her Los Angeles home. She was 84. (AP Photo/File)

The writers of “Golden Girls” might be headed back to a TV near you!

James Berg and Stan Zimmerman, two of the writers who made everyone fall in love with the wild antics of an all-star cast: Betty White, Bea Arthur, Rue McClanahan and Estelle Getty on “Golden Girls,” are pitching a new pilot. The new series “Silver Foxes” will reportedly feature four gay men living together. No cast has been decided on yet, but it is reported that Berg and Zimmerman are pitching to streaming sites Netflix and Hulu.

Zimmerman is reportedly eager to get this pilot off the ground and has invited actors including Leslie Jordan, George Takei, and Bruce Vilanch to get involved. An invitation for a script read was also extended to Todd Sherry and Cheri Oteri.

RELATED: Fran Drescher opens up about the trauma of her past and how she turned “pain into purpose”

Berg and Zimmerman have seen great success writing for shows with strong female leads like “Roseanne” and “Gilmore Girls” and now hope to find the same success with LGBTQ television. It has been said that the series is inspired by the 2013 documentary “Before You Know It,” which followed the lives of three gay men living in a society that isn’t used to gay male senior citizens.

The show will follow in the footsteps of “Golden Girls” and feature story lines about relationship, family, dating and aging. The writers hope it will be a groundbreaking series, as more than 3 million LGBTQ senior citizens are currently living in the U.S., and that number is expected to double in 20 years.

“Every one of us is getting older,” Zimmerman said. “Especially with gays and lesbians and transgender, we create our own families, and that’s what ‘The Golden Girls did.’ Those women came together and supported each other.”