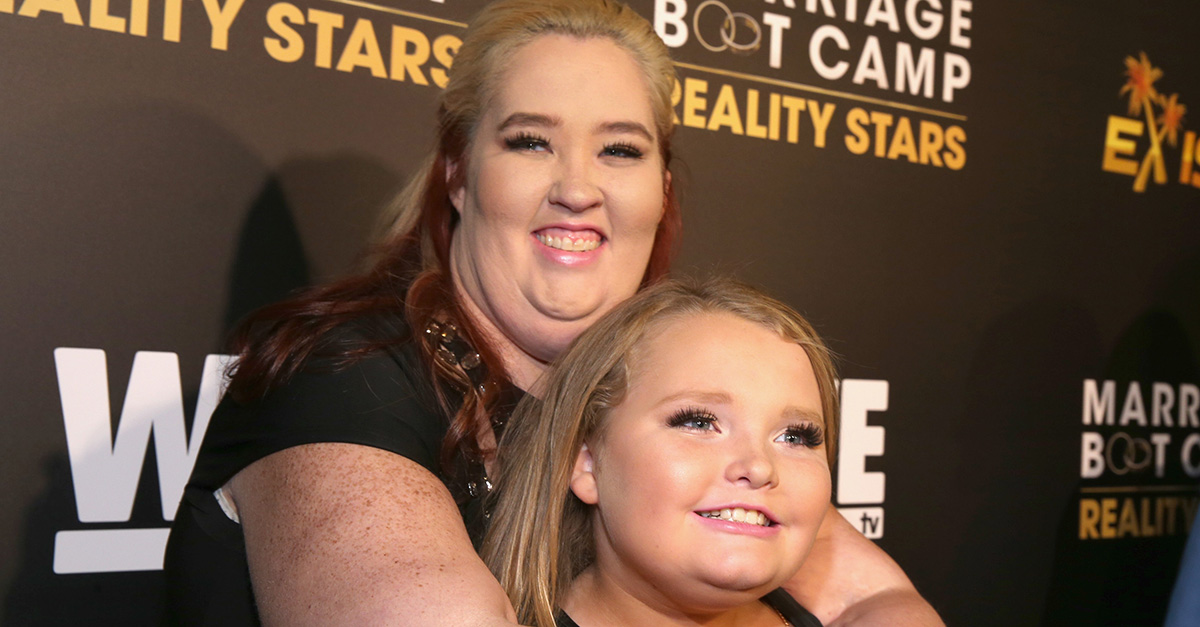 On Monday, the official Facebook page for “Here Comes Honey Boo Boo” star Alana Thompson shared a curious video that has us all wondering: are they headed back to TV?

In the short clip, the matriarch of the family, Mama June Shannon can be seen (and heard) describing a possible television series she will be starring in on WeTV.

RELATED: Paris Jackson reveals she never leaves the house without the one thing that reminds her most of her late father

“I’m a Mama, a Grandmama and a big reality star. And now, I’m getting ready for a big change,” Shannon said in the clip. “It’s time to say goodbye to bad men and junk food!”

Shannon continued, “Say hello to a whole new me, because when they see what I look like now, they?re not going to believe their eyes!?

In June 2016, Shannon revealed that a change in her lifestyle had already lead to a 150 pound weight loss on “Botched.” She also appeared on another WeTV reality series “Marriage Bootcamp: Reality Stars,” where she tried to work out her relationship with Thompson’s father, Mike “Sugar Bear” Thompson, but the two have gone their separate ways.

The working title for the project and a premiere date have not been released. At this point, we’re not even sure what’s going on.