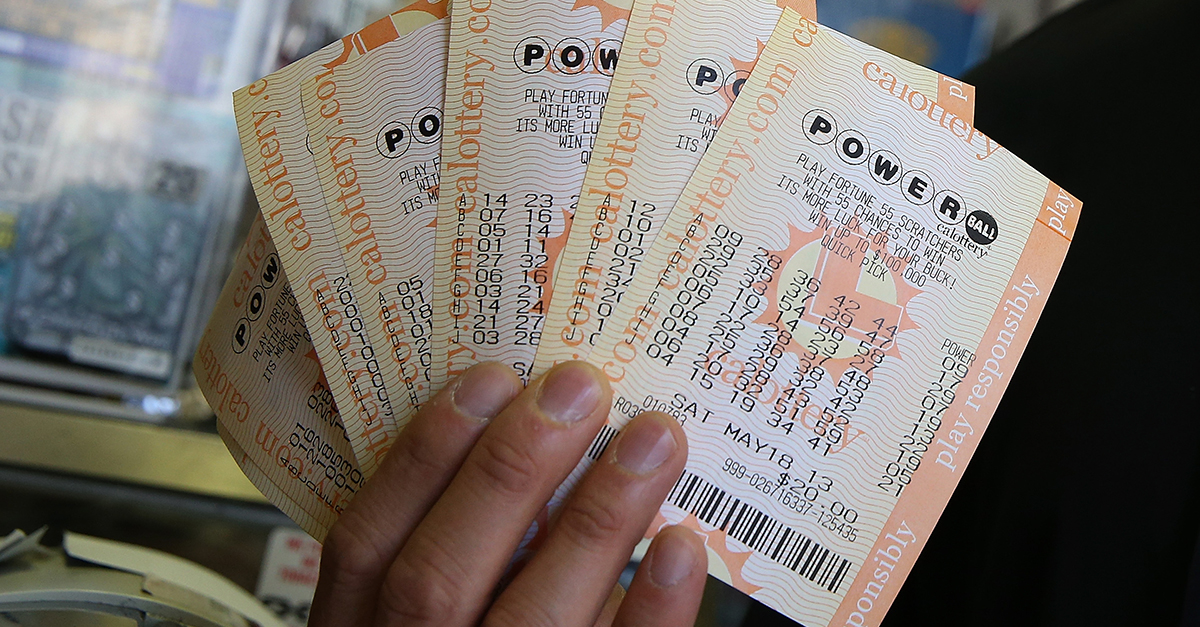 Powerball winner Mavis Wanczyk is $336 million richer, but TV psychologist Dr. Jenn Mann says that she must be careful navigating her new wealth, or she risks a dip into depression.

TMZ caught up with Mann, and she talked about the highs and lows of winning (and losing) it all and said that winners ultimately wind up no happier than they were before the big win.

RELATED: During a past Powerball jackpot, a reporter regretted asking one guy how he’d spend it

“Basically, people think, ‘if I win the lottery, I am going to be filled with joy and happiness and I am never going to be sad again.’ But, that is not the case,” she said explaining that people’s “baseline of happiness” distracts people and gives them a small jolt of happiness before they return to their base.

“What I don’t recommend is the day after winning the lottery to buy the plane, buy the mansion, buy the boat, do all of these things. I think it is important to be gradual,” she said.

And with that, here’s a look at lotto winners who have lost it all.

Eisenberg won a $5 million prize in 1981, which, at the time, was the biggest win ever and decided to take the payments in $120,000 annual increments for 20 years. He used some of the win to buy a condo in Florida, take vacations to Europe and Hawaii and spent a lot of it gambling. In 2001, he cashed his last check, and shortly after, went broke. Now at 81, Eisenberg lives in a mobile home off of social security and a pension of about $1,000/month.

In 1996, Rossi won $1.3 million in the California Lottery, and instead of celebrating with her husband of 25 years, she promptly filed for divorce. Soon after, Rossi’s ex-husband discovered the secret money, and in 1999, a judge ordered him every penny of her winnings after deciding she had broken asset disclosure laws.

Adams hit it big twice after winning the New Jersey lotto twice in 2005 and 2006 and collecting $5.4 million. She spent it all on shopping sprees, bad investments, gifts and gambling.

Edwards won one-fourth of a $280 million Powerball jackpot in 2001 while he was unemployed and living in his parents’ basement. He spent the cash quickly on a house, $1 million on a fleet of cars, a $1.9 million jet, swords and medieval weapons and purchased a $4.45 million fiber-optics installation company. Within a year of the win, he had spent over $12 million of his $27 million lump sum. His house went into foreclosure soon after that, and he died in 2013 at the age of 58.

Lee won $18 million in 1993. She spent most of the money on charitable and political donations, but her gambling habit of $300,000 a year also contributed to the loss. In 2001, she filed for bankruptcy.