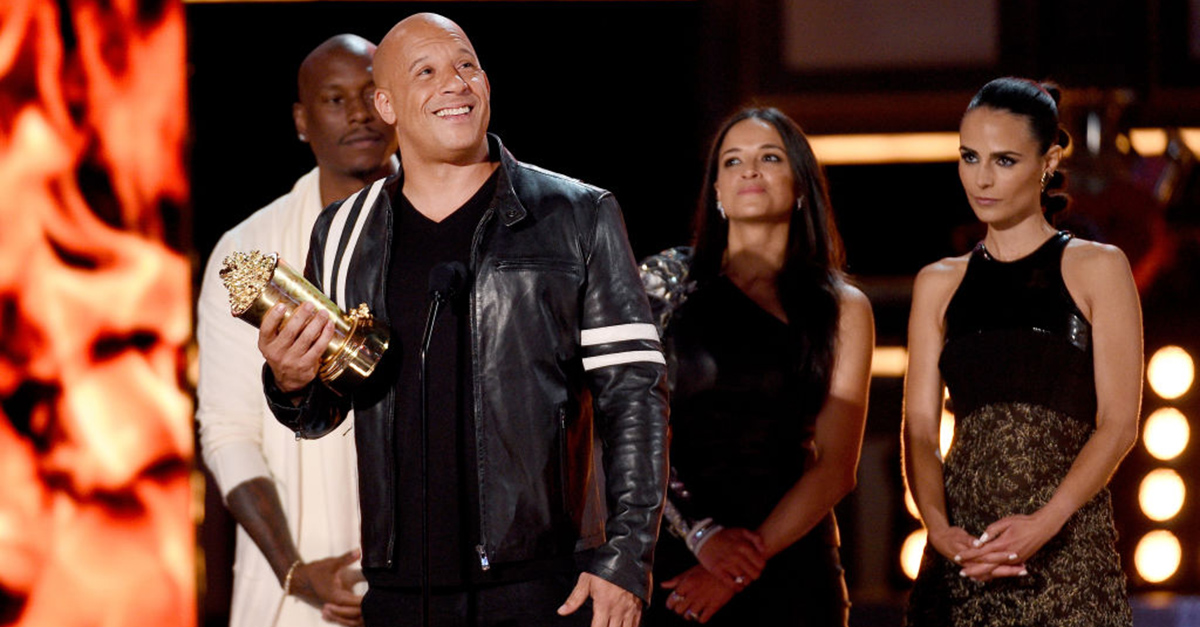 Photo by Kevork Djansezian/Getty Images
LOS ANGELES, CA - MAY 07: (L-R) Actors Tyrese Gibson, Vin Diesel, Michelle Rodriguez, and Jordana Brewster accept the MTV Generation Award for 'The Fast and the Furious' franchise onstage during the 2017 MTV Movie And TV Awards at The Shrine Auditorium on May 7, 2017 in Los Angeles, California. (Photo by Kevork Djansezian/Getty Images)

Vin Diesel still gets choked up when remembering his great friend Paul Walker.

On Sunday night, the action star accepted the MTV Generation Award on behalf of the “Fast and Furious” franchise and took a moment to remember Walker.

“In 2002, I was standing on this stage and MTV had given Paul Walker and I an award for best duo,? Diesel said. ?And now, 15 years later, I?m with my whole family and you?ve given us the Generation Award.?

Diesel was joined onstage with fellow “Fast and Furious” co-stars  Tyrese Gibson, Michelle Rodriguez and Jordana Brewster, and got emotional when he directly addressed Walker.

Diesel continued his acceptance speech by thanking friends and family for their support.

“I gotta thank a generation that was willing to accept this multicultural franchise, where it didn?t matter what color your skin was or what country you were from,” he said. ?When you?re family, you?re family.”

The speech reportedly ended with a video of some of Walker’s best movie moments.