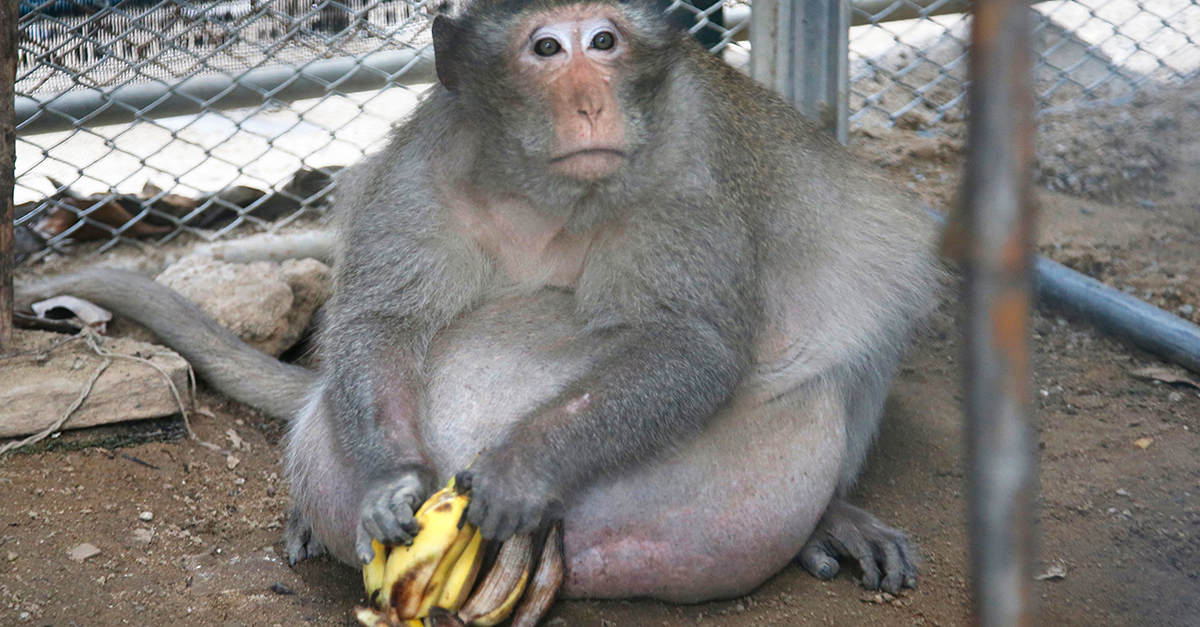 An overweight wild monkey in Malaysia, who got that way by gorging on tourists’ leftover junk food, is going on a diet.

RELATED: A monkey stole a person?s camera when they got too close and yes, of course he took a selfie

The monkey, nicknamed Uncle Fat, was recently captured and its new caretakers are putting the macaque on a diet of lean protein, fruits and vegetables.

?It was not easy to catch him,? Kacha Phukem, the wildlife official who conducted the capture and rescue on April 27, said. ?He was the leader of his pack, and when I tried to go in, I had to fight off a flock of them with sticks.?

And the monkey didn’t get this way on his own–he had enablers.

?He had minions and other monkeys bringing food for him but he would also re-distribute it to younger monkeys,? Supakarn Kaewchot, a veterinarian in charge of the monkey?s diet, said. ?He is now in a critical condition where there is a high-risk of heart disease and diabetes.?

It’s a waiting game to see if the chunky monkey will recover. Authorities in Malaysia are cautioning tourists against leaving food for monkeys.