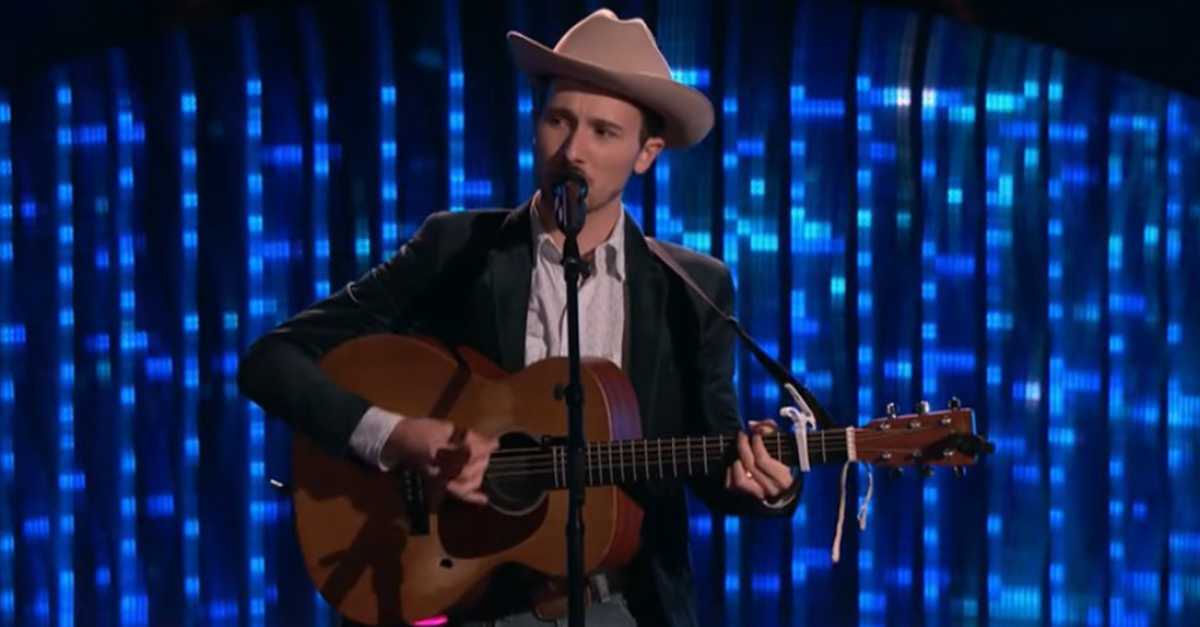 One contestant on season 12 of “The Voice” proved that bold moves certainly do pay off when he took the stage for his blind audition on March 6.

Those who are familiar with the song would probably identify it by its thumping dance beat. But, Taylor made it all his own. He took the tempo down a notch and turned it into a country singalong that made coach Adam Levine go nuts!

In this clip, the cowboy-hatted Taylor rocks a pair of blue jeans and a blazer to match. Although a violin can be heard throughout the song, Taylor is just a man with his six-string guitar. Showcasing his southern twang on the low notes, he sings the lyrics about dealing with a painful breakup. Adam, who was quick to recognize the song, wasted no time hitting his red button. Although he was the only coach to do so, all of the judges were impressed!

“That was the single craziest thing I’ve ever heard,” said Adam following his new team member’s performance, “You are so weird and wonderful.”

Alicia Keys added, “Taylor, that was awesome. I love flipping songs like that, too.”

Blake, who compared Taylor to country band BR549, said, “When I saw Adam hit his button and you had an opportunity to go there, where there’s a wide open lane, that’s the best thing for you. When it’s time if you need me I’m here for both of y’all.”

Now that Taylor has found his place on Team Adam, it will be interesting to see what he brings to the stage next! So far, he has us believing he could make it to the end! “The Voice” blind auditions will continue on March 7 on NBC.