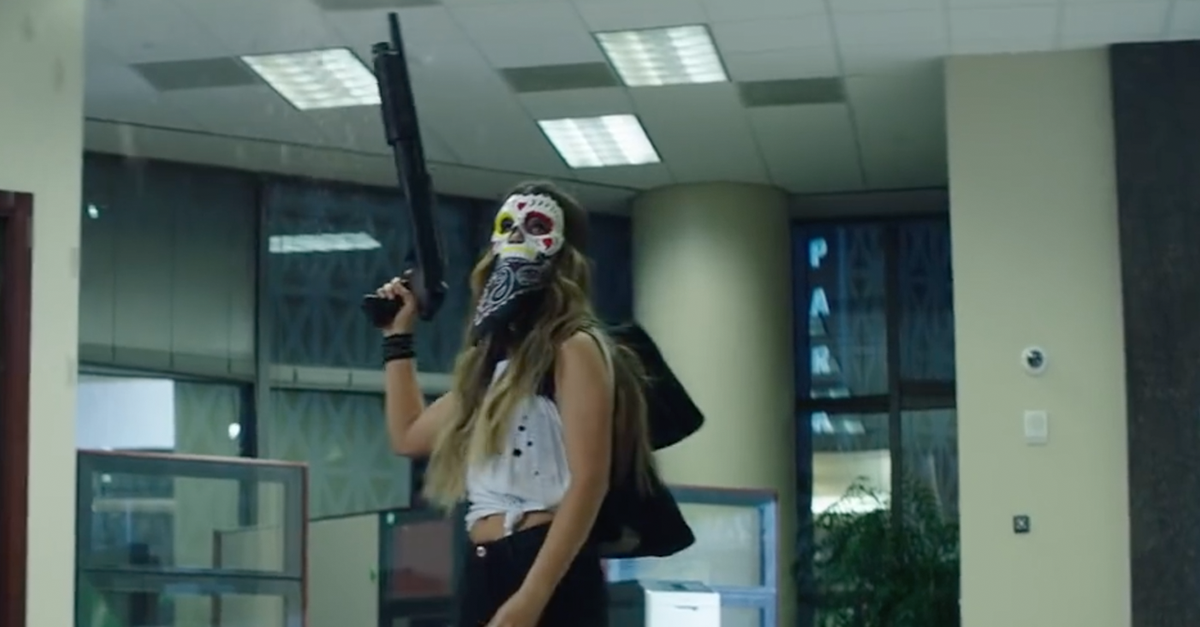 Maren Morris hails from Texas, so you know she’s not afraid to wield a gun. That’s why she was so excited for her role in the new action-packed “Craving You” video with Thomas Rhett.

In the clip, Thomas and Maren go on a crime spree that includes Maren holding up a bank with a shotgun. She absolutely loved filming that scene, because she gets to play the villain.

RELATED: This tender moment between Thomas Rhett and Lauren will melt your heart

Maren says, “I have always wanted to do that because I did [a guest role on] ‘NCIS: New Orleans’ a couple months ago, and when they came to me about it, they said, ‘We have this idea. We want you to just play yourself in this bar and sing My Church.” I was like, I really wanted to be a corpse or a drug addict or something. Something just totally opposite. So, with this video, it’s so cool to, like, beat someone up with my gun and just be a total badass.”

“Craving You” has the look and feel of a big-budget blockbuster, so Maren felt like she was filming a movie for the two days they shot in Nashville.

“That’s the first video I’ve ever done like that — like that level and the budget and the extras and it feeling like a movie,” Maren explains. “The whole thing was set up like a action movie trailer with the song strung throughout.”

In the end, Thomas is revealed as an undercover cop, so he gets some redemption for all those crimes at the end of the clip. Not so for Maren. You see her hauled off to jail for knocking over that bank.

Maren says with a laugh, “I think certain people think that’s my personality, but it’s totally not.”

In fact, Maren says she and Thomas had a blast trying out their acting skills together.

She adds, “Thomas and I were both laughing at each other all day and ruining every take. We were so excited to get to act for the first time. He’s so good. I was so impressed with how natural he was with the whole time.”

“Craving You” is the lead single from Thomas Rhett’s upcoming studio album, due out in the coming months.