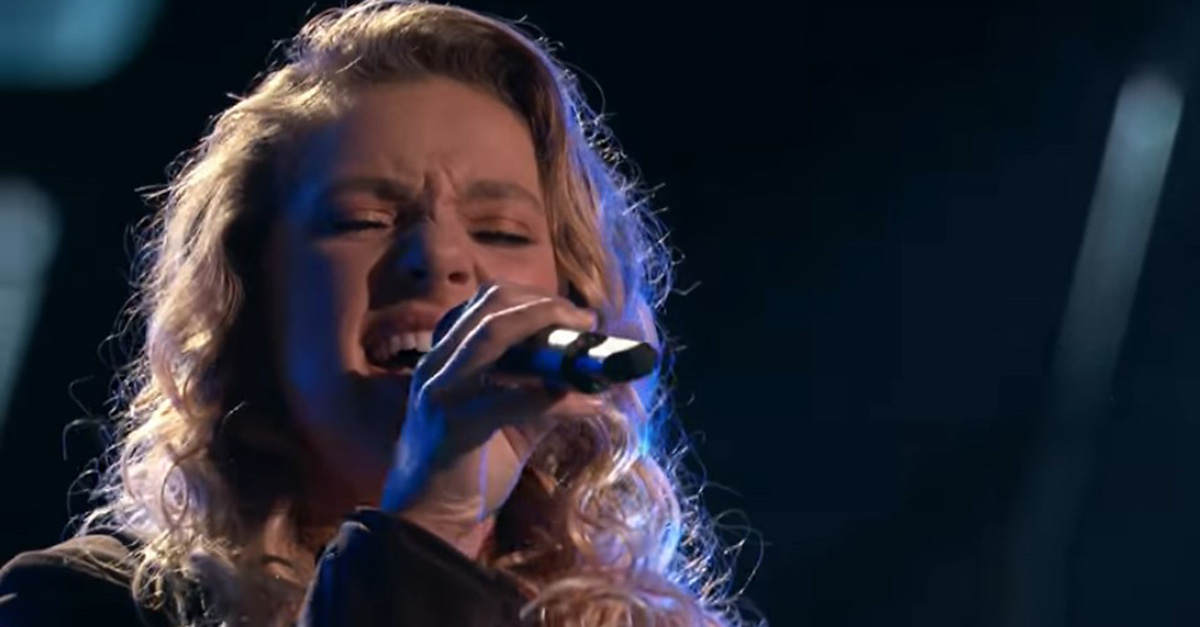 It was another night of the blind auditions on season 12 of NBC?s ?The Voice,? as six talented singers gave it their all in front of coaches Blake Shelton, Gwen Stefani, Adam Levine and Alicia Keys on Thursday, March 2.

First up was 23-year-old singer-songwriter Ashley Levin of Miami, Florida.

She belted out her best version of Patty Griffin?s ?Let Him Fly,? collecting high remarks from all of the judges, including Blake who threw out an excited ?Yee-Haw!?

For her performance, Ashley donned a bohemian look of a brown, fringed jacket and a turquoise pendant necklace. All four mentors listened on, as she gripped the microphone to deliver the stripped-down song with her raw honeyed vocals and bluesy wail. At one point Gwen looked at Blake and whispered, ?She?s pretty good.? That?s when the lovebirds simultaneously hit their red buttons. Alicia was third to swivel her chair around. But, Adam chose to stay put.

Although Adam didn?t turn around for Ashley, he was first to speak. He told her that she looked like ?the physical embodiment of an actual ray of sunshine.? Gwen, then, used her connection with Blake in hopes to get Ashley to join her team. She said she had the ?hook up,? and even mentioned that she recorded a country song with her beau. Alicia commended Ashley for having ?so much soul.? As for Blake he said, ?I would hate to see you become an experiment. When I believe in somebody, I follow through with it way after this show is over with.?

As it turns out, Ashley already had her mind made up. After telling Blake that she?s listened to him her whole life, she chose him! ?The Voice? airs Monday and Tuesday nights at 8 p.m. on NBC.