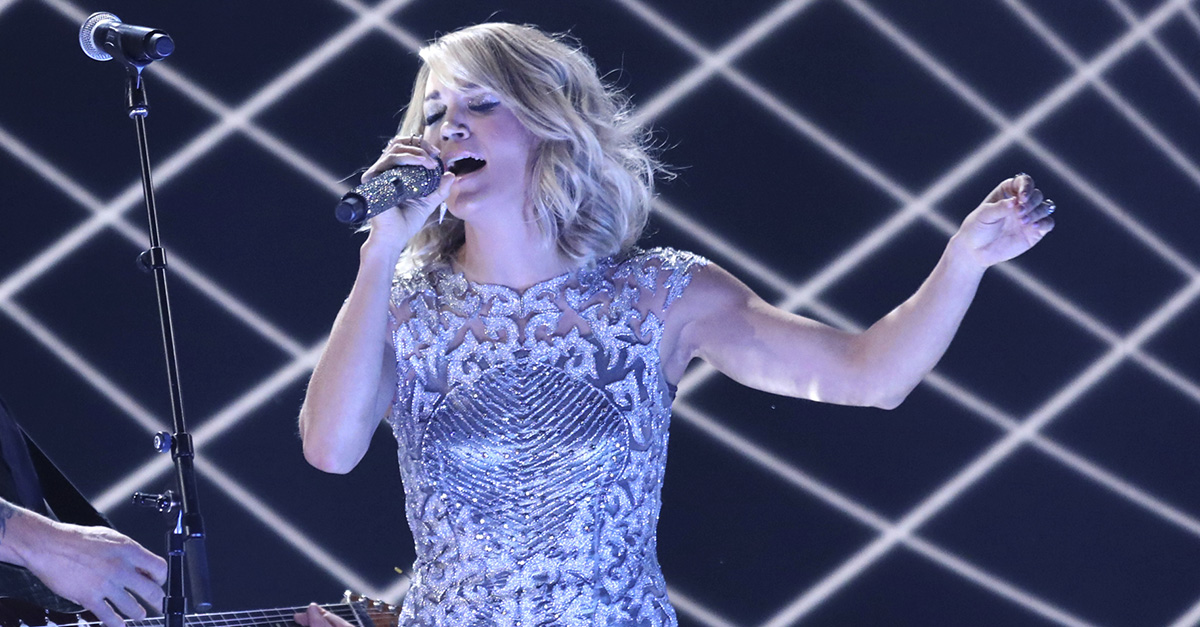 Carrie Underwood may be a famous country singer, but that doesn’t mean that she doesn’t have a skeleton or two hidden in her closet. Actually, she does, and she’s finally ready to come clean about them.

While speaking to Refinery 29’s Lucie Fink, the “Dirty Laundry” singer confessed to owning not 100, not 200, but 250 pairs of high heels!

“Oh golly. There’s even ones that are like hidden,” Carrie admitted. “I’ll open something and be like, ‘I forgot about these shoes!’ I’m so embarrassed now. I feel like I have a problem.”

Oh, Carrie, that’s a struggle that we’d be happy to take off your hands – or off your feet for that matter!

Stilettos aside, the mother of 2-year-old Isaiah Michael Fisher also opened up about the love and appreciation she has for her parents, Carole and Stephen Underwood, saying, “They’re just very hardworking people.”

She also added that she misses the peacefulness of her childhood home in Oklahoma, where she grew up.

“I sleep so great when I’m there,” said Carrie. “I can just shut off [the world]. There’s like a train that’s not too far away, and it’s just comforting.”

Carrie will celebrate her 34th birthday on March 10. While there’s no word on what she wants for her birthday, we can bet she’d choose some time off back home over a new pair of pumps.