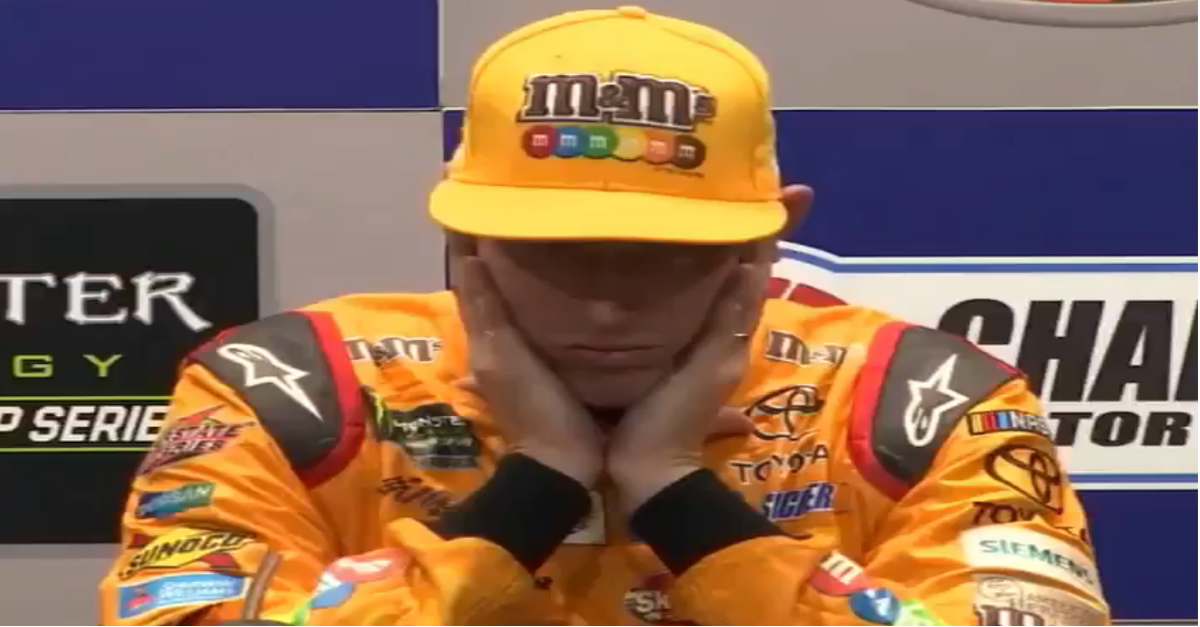 The Coca Cola 600 is always one of the most grueling races on the NASCAR schedule each and every year. And as this year’s race wrapped up late in the night on May 28 after a lengthy rain delay, one could imagine that drivers and fans alike were a tad tired.

And perhaps a little grumpy, too, right Kyle Busch?

RELATED: This question about his dad just stopped Dale Earnhardt Jr. in his tracks

After his second place finish, Kyle headed to the media room to take questions from reporters. “Were you surprised that [winner] Austin [Dillon] could stretch it on fuel? What does it mean for Austin to get his first win,” one reporter asked.

Kyle Busch is not surprised by anything.#MicDrop #NASCAR #CocaCola600 pic.twitter.com/pq932ISkMX

“I’m not surprised about anything. Congratulations,” Kyle proceeded to say and then literally dropped his microphone on the table beneath him.

Kyle Busch is an ass. That temper tantrum he threw after the 600…he looked like a 3 year old. This is why I root for classy Kyle Larson.

@KyleBusch – Have personality and be different. But don't be a baby and throw a temper tantrum! Boohoo- cry me a river! Punk!

Yet, NASCAR superstar Dale Earnhardt Jr. quickly ran to his defense, seemingly standing up for Kyle.

“Don’t change Kyle Busch,” Dale Jr. tweetd in the wee hours of May 29. “The sport needs personalities. All of them. We all can’t be politically correct robots. If you don’t like him that’s perfectly fine, but that shit was funny. I was entertained.”

The sport needs personalities. All types.

We all can't be politically correct robots. If you don't like him that's perfectly fine, but that shit was funny. I was entertained. https://t.co/GeNpt1NpPa