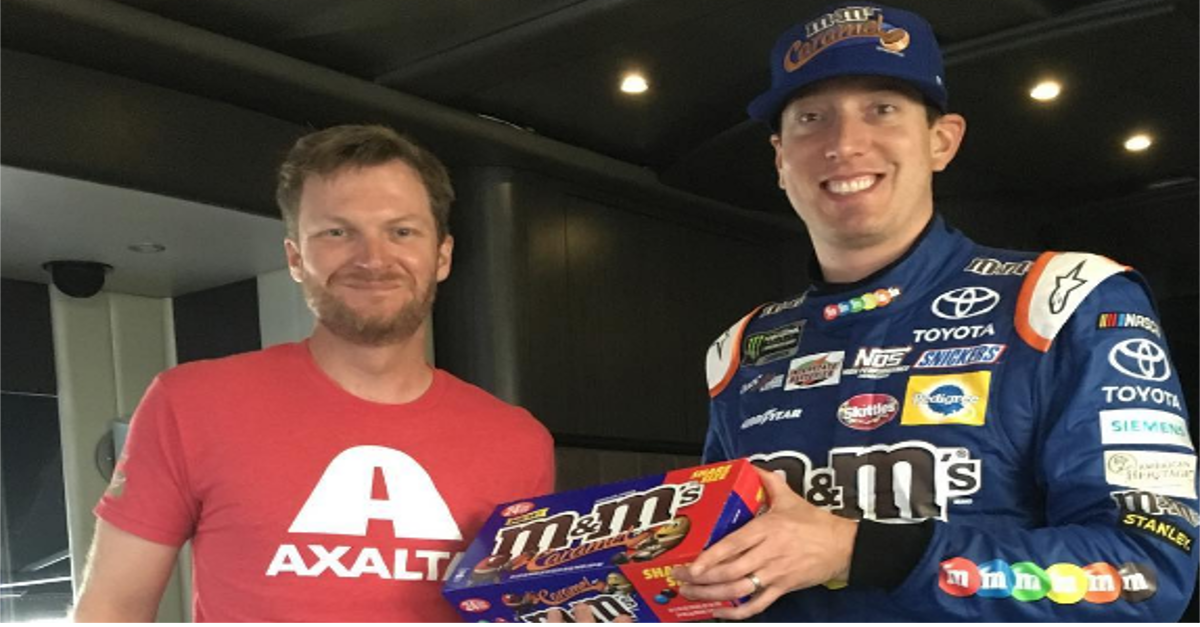 But, this simple meeting ended up taking on a life of its own.

Posted on May 19 on Dale Earnhardt Jr.?s Instagram page, the picture shows Dale Jr. and fellow driver Kyle Busch hanging out together on Dale?s bus. After hearing that Dale wanted to give the new M&M flavor a try, Kyle delivered a box to him. But, just the sheer sight of them getting friendly caused their respective fans to lose their minds.

His only advice was to not eat them all at once. Very wise. @mmschocolate #caramel @rowdybusch

?We get along pretty good,? Dale Jr. said in a May 23 podcast about his relationship with Kyle and the picture that caused the uproar. ?I think that it’s fun to play off of because our fans definitely do not like each other.?

And there was a time when Kyle and Dale didn?t like each other either.

?We used to hate each other,? Dale Jr. said. ?I think when we came over to Hendrick [Motorsports], he thought we were pushing him out and taking his ride. I don?t think he knows I was in his corner.?

Other run-ins on the track caused more turmoil between the two, with Dale Jr. saying “it calculated into us really hating each other for several years. But now, I think him getting married and having kids has certainly changed him. He?s a lot more pleasant to be around.?