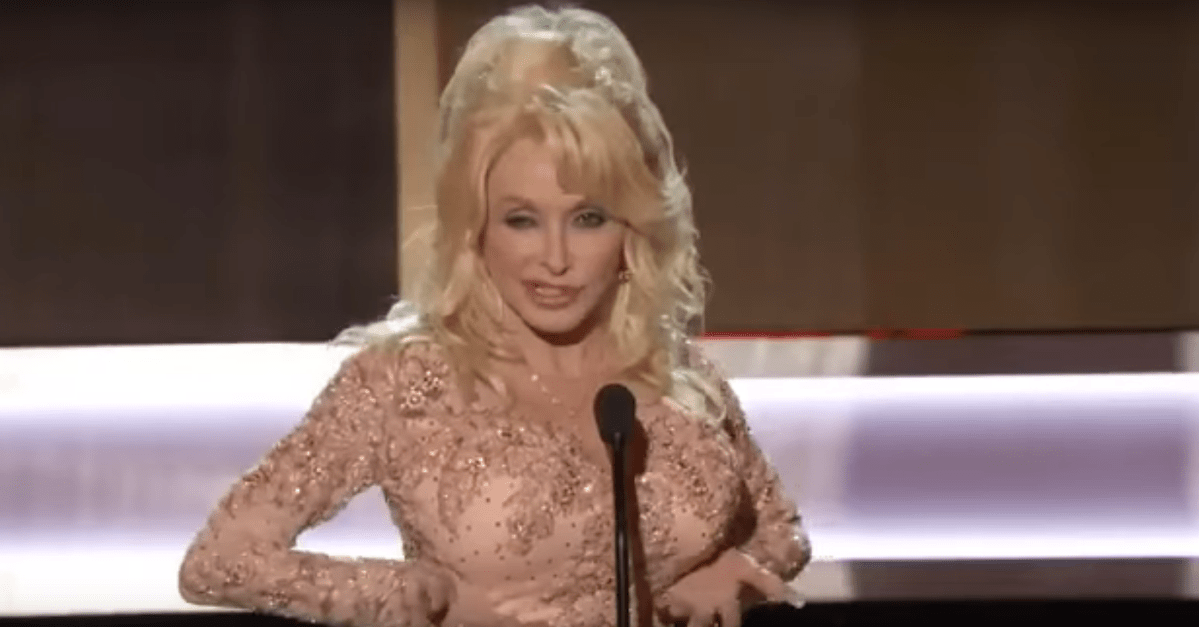 As Dolly Parton stepped onto the stage of the annual Screen Actors Guild Awards, you could tell that the celebrities were in awe?and for good reason. Not only is she a legend in country music, but her contributions to the television and movie industry can?t go understated.

And while many spent the night of January 29 taking shots at President Trump, Dolly preferred to delicately skirt the issue, in the way only she can.

?Thank you?aww that?s so sweet of you,? Dolly said as many in the crowd gave her a standing ovation. ?Greetings from Dollywood, Hollywood. I almost didn?t get in. Seriously, I didn?t. They were holding me backstage, they kept wanting to see my I.D.?s. Well, I think they wanted to see I.D.?s ? maybe it was just double D?s. I?m glad to get that off my chest. Of course, Jane and Lily are not my only two famous girlfriends.?

RELATED: Dolly Parton finally opens up about the health condition that led her to get her tattoos

When the laughter died down, Dolly remained on stage to present the Lifetime Achievement Award to her ?9 to 5? co-star Lily Tomlin.

“The doomsday clock has been moved to two minutes before midnight,? Lily said, taking a far more political tone. “And this award came just in the nick of time. Ironically, this award makes you feel not that you’ve done so much, but that you wish you had done so much more.”