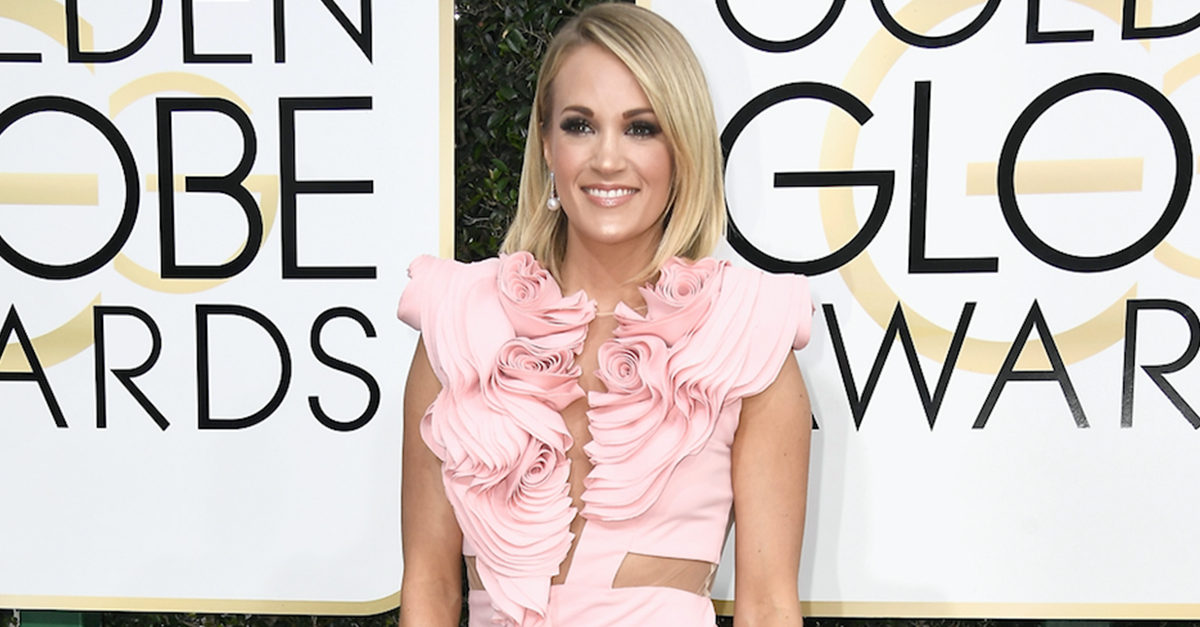 God knows that Carrie Underwood is not the kind of person that will care much about what some tired cable talk show is going to say about a dress she decided to wear to one of the biggest award shows of the year.

But her fans ? well, that’s a different story.

Others weighed in, with @social_media_CC saying, ?I loved this dress on Carrie Underwood at Golden Globes. It?s pretty. It?s pink. It?s different. Whats the problem??!?

Of course, Carrie was thinking less about her dress and more about the memories she made on Golden Globes night, sharing a picture on Jan. 9 on her socials of her time with musical legend Sting, with whom she presented during the awards ceremony.

?I had such a great time last night at the #GoldenGlobes! It was such a pleasure to chat with and present with Sting. How is this my life?! ?????????”