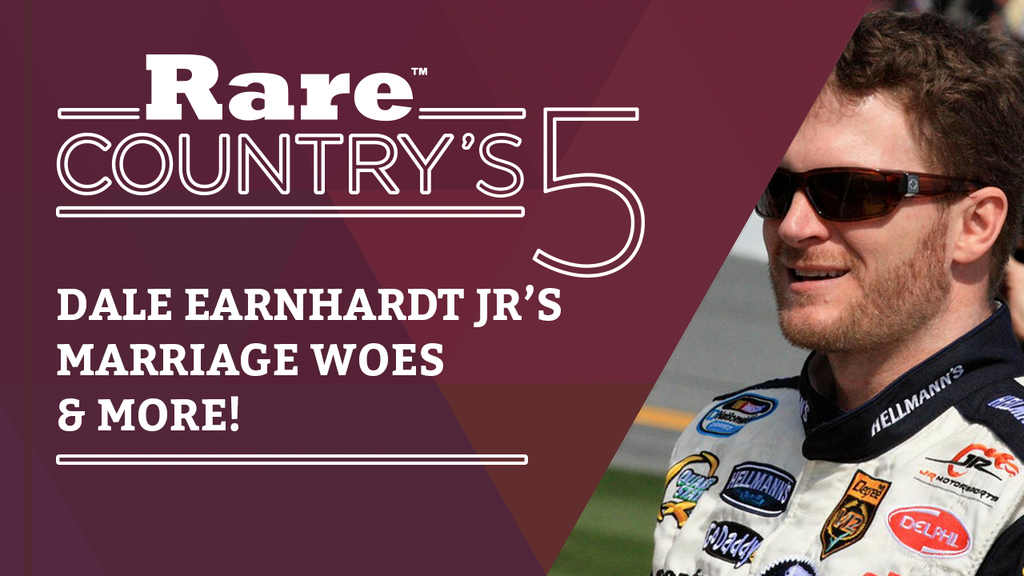 One of the favorite topics in country music is relationships, sometimes between husbands and wives like Tim McGraw and Faith Hill, and sometimes between friends, like the bond between the members of Alabama. In this week’s Rare Country’s 5, those partnerships weren’t song topics, they were newsmakers. Host Erin Holt looks at our five biggest stories for the week, and they all revolve around the delicate balance of love and friendship.

Our No. 5 story celebrates one of country music’s hottest couples. Tim McGraw and Faith Hill finally kicked off their highly-anticipated Soul2Soul Tour and it was everything we all wanted it to be. The chemistry between Tim and Faith is palpable. Witnessing it from the seats of an arena makes us feel a little voyeuristic, but we aren’t looking away. For more details, check out Erin’s recap in the video above.

RELATED: Tim McGraw and Faith Hill reveal the secret to their long-lasting marriage

That first year of marriage is the hardest, so our No. 4 story goes to the couple that’s figuring it out before our very eyes—Dale Earnhardt Jr. and wife Amy. In his weekly podcast, the couple spoke openly about some of the challenges of being newlyweds and, we have to be honest, it was worth a giggle or two. Erin has more in this week’s Rare Country’s 5 video.

There were a lot of broken hearts when country music lost the legendary Merle Haggard last April, but no heart crumbled as much as his wife, Theresa. On April 7, at a concert event honoring her husband, Theresa spoke to Rare Country about her profound loss and it’s our No. 3 story. Erin has more of that interview with the Mrs. Merle Haggard.

Our No. 2 story finds a band of brothers facing a monster challenge. Alabama shared the shocking news that longtime member Jeff Cook has been diagnosed with Parkinson’s disease. The courageous guitar player and harmony singer has said he’ll continue to perform with the band through the spring before taking a break. After that, the future is uncertain, but his bandmates, Randy Owen and Teddy Gentry, are most definitely rallying around their friend.

RELATED: A beloved member of Alabama has Parkinson’s disease

It isn’t the kind of story we enjoy, but it was definitely news when country newcomers William Michael Morgan and Runaway June’s Jennifer Wayne announced that they were calling off their engagement. While both shared posts on their socials that the breakup was mutual, it appears that it came after an indiscretion. Erin has all of the details in this week’s Rare Country’s 5.

That’s it for another week of news in and around country music. There was a lot of love and, well, an epic fail, but that’s life and speaking of failing — true love never does fail. At least that’s what we hear!

Be sure to check back in next week when Erin has more news from the world of country in Rare Country’s 5.