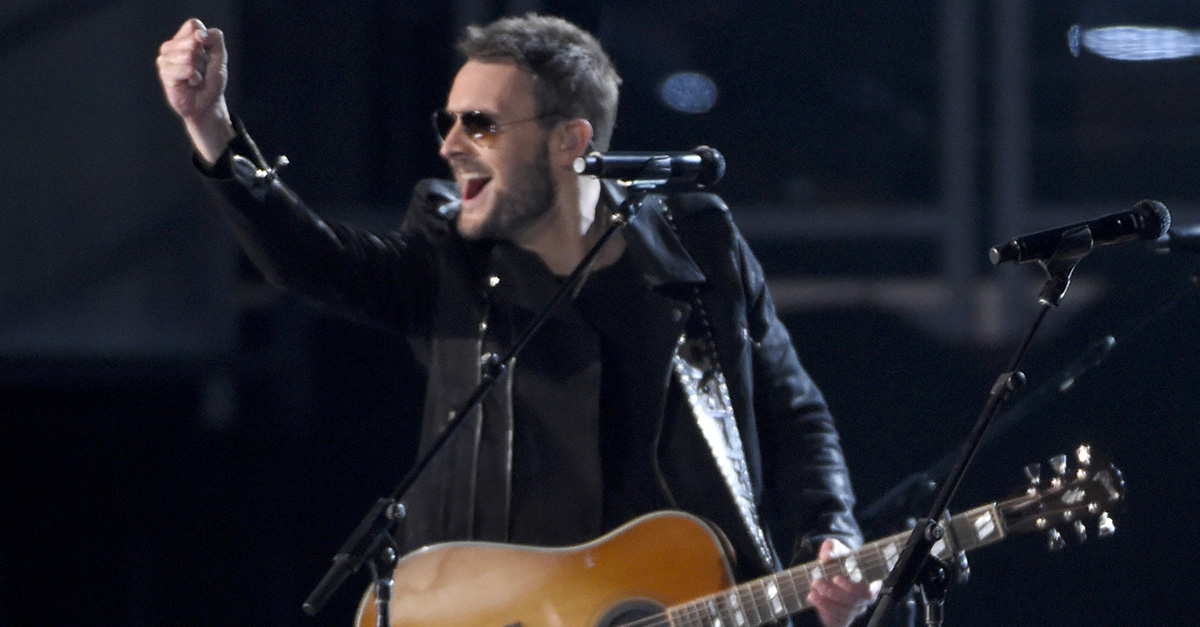 Anytime an artist goes on tour they create brand-new, special memories with their fans.

And, Eric Church has been doing just that. He even recently shared his favorite moment of the year so far!

On Saturday, Feb. 4, the 39-year-old country star performed at the Verizon Arena in North Little Rock, Arkansas as part of his 2017 Holdin’ My Own Tour.

During the stop, he busted out “These Boots” – a song from his 2006 album, “Sinners Like Me.” It was then that Eric grabbed a cowboy boot from a member in the audience and signed it. While Eric has been known to usually take a boot from the crowd and sign it during the song, this fan’s particular reaction made quite the impression on him. In fact, Eric took to Instagram to document the moment with the caption, “The coolest moment of the tour yet. This is why we do it.”

"The coolest moment of the tour yet. This is why we do it" – Eric

As you can see in the clip above, members of the church choir cheer on, as Eric puts his penmanship to work on the child’s boot. The enthusiastic boy, named Kavan, is hoisted up on his father’s shoulders. He happily punches the air with his fists and removes his ball cap from his head in anticipation for his new souvenir. When Eric gives the freshly autographed boot back to the little fan, the crowd goes nuts!

How adorable! We’re pretty sure this kid is now a fan for life!

Eric’s Holdin’ My Own Tour continues through May.