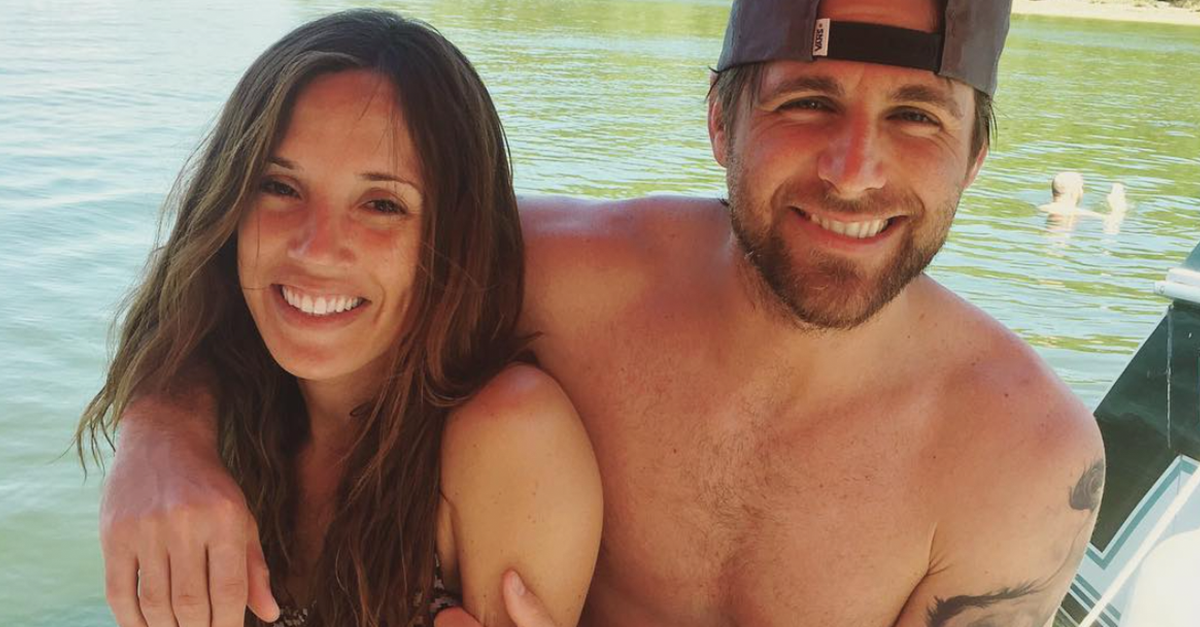 Country singer Canaan Smith namechecks Miranda Lambert in his ode to sexy, confident women, “Like You That Way.” He could have inserted his wife Christy’s name in the lyrics, too.

When Canaan talks about his wife, it’s obvious he’s head-over-heels for her no-nonsense approach to life.

RELATED: A country star stands proud with his brother in the face of addiction

Canaan tells Rare Country, “I’m attracted to that ‘I’m going to do what I’m going to do’ mentality in my wife. And it drives me crazy, too. But I do like that little bit of independence that she puts her foot down. It’s her way. If she wants it a certain say, it’s going to get done a certain way. I like that about her. ”

She works as hard as anyone I know. And doesn't quit til the job is done. After busting it for years, she's finally graduating with a Doctorate degree 🎉 You amaze me, Christy. And you're gonna be the best. ❤️ @christyhardesty

Christy is a complete badass, too. She just earned her doctorate degree and is now launching a nurse practitioner practice in Nashville. That’s right. Canaan Smith is married to a doctor, which he finds extremely sexy.

RELATED: Rising country star Canaan Smith delivered a patriotic anthem that will bring you to your knees

He says with a laugh, “I do try to get her to put that lab coat on every now and then for me, if you know what I’m saying.”

In all seriousness, Canaan finds a lot of stability in his marriage to Christy.

“That’s what I’m attracted to about Christy,” he tells us. “She’s unwavering, and the same person every day that we wake up next to each other. I know who she’s going to be. That comes from a place of confidence, I think. It’s sexy.”

Though Christy is always supportive of her husband, she didn’t have that much sympathy for him when he was under the weather a few weeks ago.

Canaan recalls, “You know what her advice was for me was? She just told me to suck it up. That was my nurse practitioner wife’s advice to me. Just suck it up. I’m whiny every now and then, especially to her. She’s probably the one person who hears me whine more than anybody, so she was just like, ‘Suck it up.'”

Sounds like a match made in heaven to us.