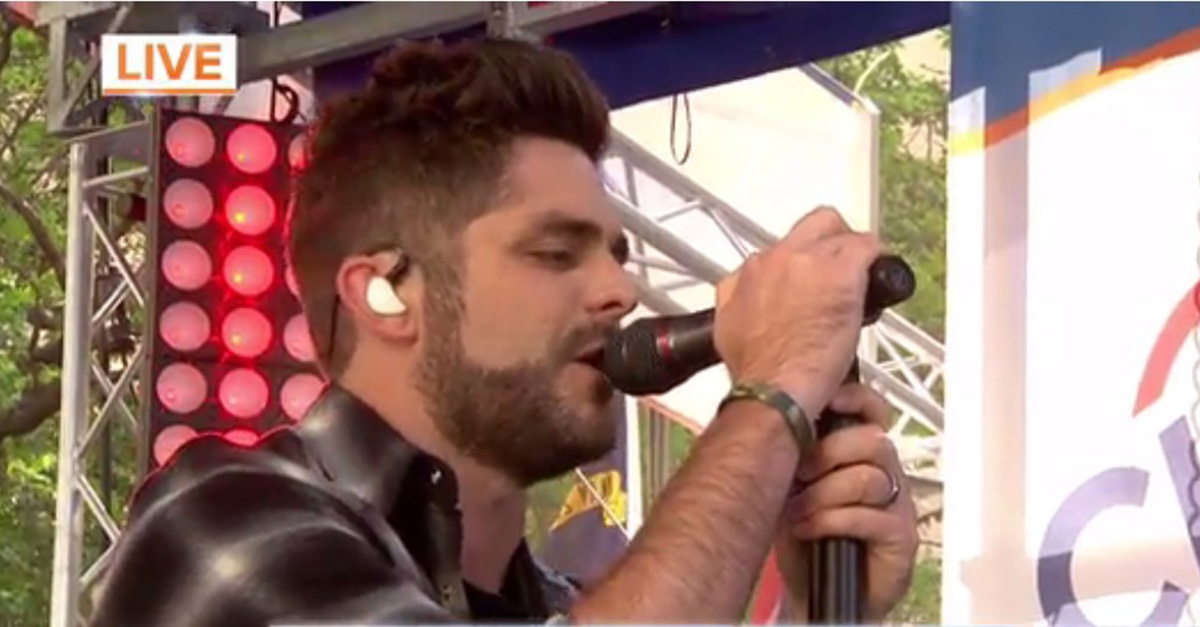 Chronologically speaking, Thomas Rhett is still a new artist in the country music world. But if you want to gauge him by popularity, then just look at the plaza during his June 2 ?Today” show appearance, and listen to that enthusiastic crowd. By that measure, we?re saying he is already a superstar.

Before the incredibly talented singer-songwriter even took the stage early on Friday morning, a throng of people as far as the eye could see had packed around the concert stage to see and hear Thomas Rhett perform. By the time he actually started his segment with the ?Today” show hosts, they were also ready to sing and dance with the country star.

RELATED: Thomas Rhett and Lauren encounter a scary moment with daughter Willa while on ?Today?

What we love most about the ?Citi Concert Series? is that those of us watching from home get to see more than just one song?s worth of show. Those lucky folks in New York, though, got to actually pick a song for Thomas Rhett to sing and, after they did, we weren?t mad about it at all. They chose his uber smash, ?Die a Happy Man.?

With his wife Lauren and daughter Willa in the crowd rooting daddy on, Thomas Rhett also included ?T-Shirt? and ?Star of the Show? in his morning?s set, making it a darn impressive concert for 8 a.m.

We?d say he took a big bite out of the Big Apple.