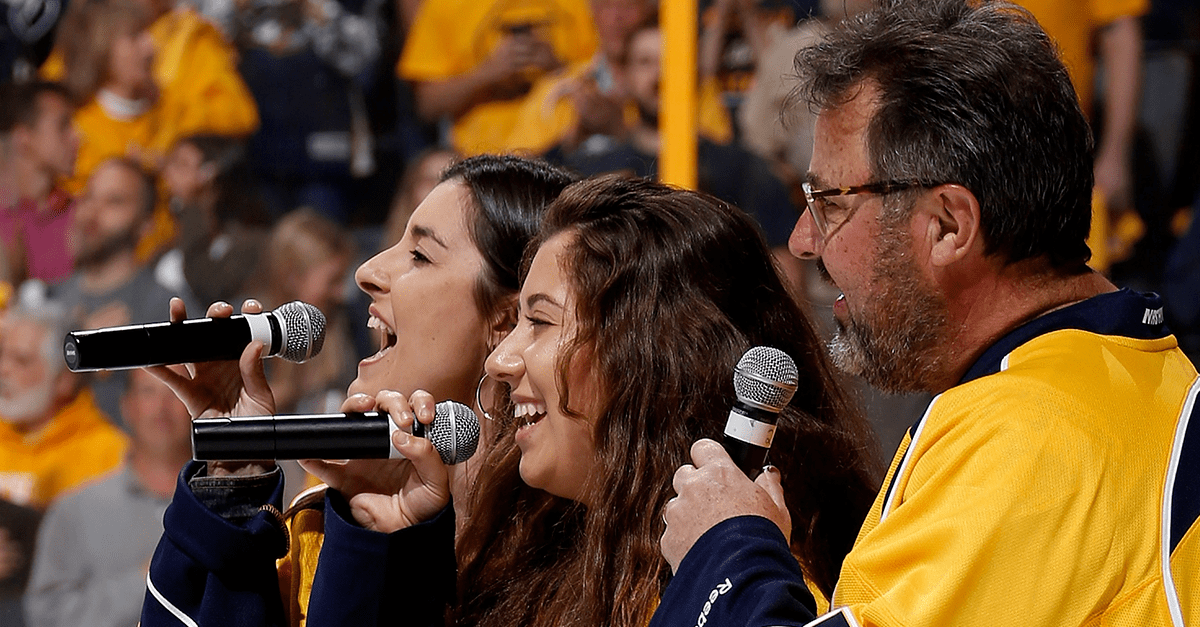 As the Nashville Predators advance in the 2017 NHL playoffs, Carrie Underwood, Luke Bryan and Little Big Town have all stepped up and sung amazing renditions of the national anthem prior to the games.

Nashville's still coming in hot with the anthems.
Tonight: @VGcom and his daughters with a bonus appearance by @BrandtSnedeker! #StanleyCup pic.twitter.com/dgNRSxJ6KZ

That parade of stars continued Tuesday, May 2 as Vince Gill brought his two daughters, Jenny and Corrina, out on the ice to perform “The Star Spangled Banner” as a trio. Outside of Vince and Amy Grant’s annual Christmas shows in Nashville, it’s rare to hear the Gills all sing together.

This performance was especially great since each member of the trio got to sing on their own before they finally all harmonized at the end of the song. Jenny, on the left, has been writing and singing around Nashville for several years now, and Corrina, in the middle, is bound to follow in her parents’ footsteps at some point. Just listen to that natural talent!

Of note, Vince wore the jersey of Nashville Preds forward Kevin Fiala, who is out for the rest of the playoffs due to a fractured femur.